Kamala Harris' sorority sisters: 'She was made for this' 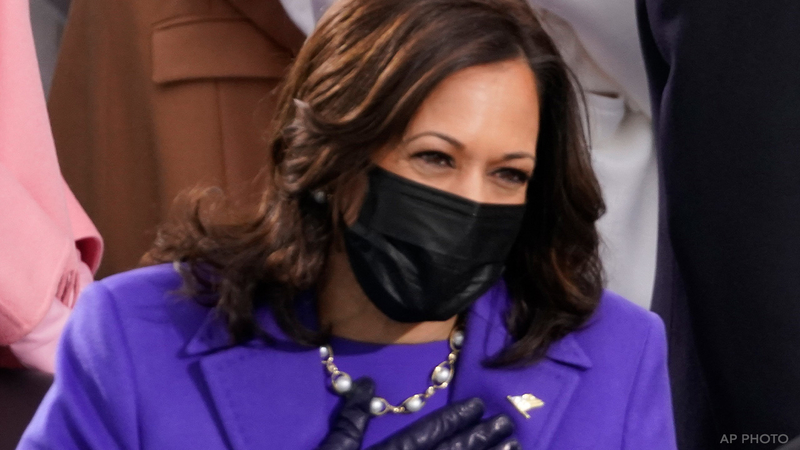 Kamala Harris' sorority sisters: 'She was made for this'

PRAIRIE VIEW, Texas (KTRK) -- As Kamala Harris was sworn in to be the country's 49th vice president on Wednesday, there was one group that was certainly rooting for her: the members of the Alpha Kappa Alpha sorority.

"Vice President Harris, a woman who's a graduate of an HBCU, who's a member of Alpha Kappa Alpha Sorority, Incorporated, the first sorority, it really brings chills to my spine thinking about the power of this day," said AKA member, LaShonda Williams.

Harris, who attended Howard University, pledged in 1986 during her senior year. Her nickname was "C3," standing for calm, cool and collected. Her line sister, Lisa Jackson, told Eyewitness News Harris was made for this role.

They say Harris, a graduate of Howard University, made it big, and many believe she's taking many underrepresented groups with her.

"When we came into Howard, we came in together, apartheid was pretty big, and hunger fasts. She was involved then. She ran for office and ran then. It's surprising, but not so much because she really has always been for people, caring about people, interested in people," said Jackson.

All across the U.S., many have been seen wearing Harris' signature pearls-and-Converse combo, a look she's worn in Congress and on her more casual campaign trail.

It's also considered a nod to her AKA sorority.

In what she calls a groundbreaking achievement for women, minorities and plenty more, ABC13 reporter and anchor Erica Simon shares the most memorable moments of her coverage of Kamala Harris' journey from Howard University to the White House.

"For it to be someone who walked the same yard as us, has gone through the same path as us, and wears the same 'A' on her sleeve as we do, it's truly meaningful, and we are so proud of her," said Deidra Jackson, another AKA member.

For Jackson, Inauguration Day was proof that someone from what some consider an underrepresented group can become whatever she dreams of becoming.

"I had this vision of her when we were in school, when she had the short haircut, I just had a different look. It was almost like I was watching her, but I was watching her almost 35 years prior, but I think that moment for me ... I almost lost it in terms of tears to be honest," Jackson said.