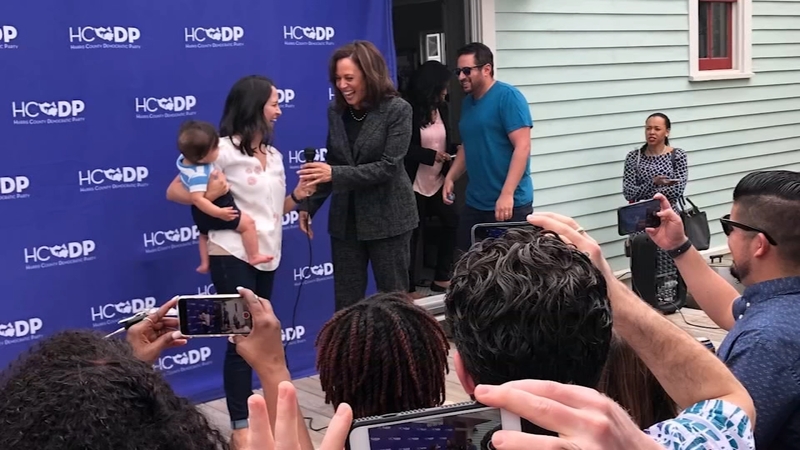 HOUSTON, Texas (KTRK) -- As millions of voters celebrate the presidential election results, for one Houston couple, the election of Joe Biden and Kamala Harris is especially personal.

"You've been watching the results all week and you kind of see it coming, and when it actually happened, it was just very moving," said Melissa Arredondo.

She and her husband Sanjay Bapat met Senator Kamala Harris during a surprise visit in March 2019.

At the time, Harris was still running to be the Democratic nominee while the Houston couple hosted a backyard fundraiser for Harris County Democrats.

"It was just like a big happy surprise. She took her time, talked to people and went issue by issue," said Arredondo.

Harris even took time to take pictures with the couples son Julian.

Saturday's news is also a milestone moment for the family recognizing Harris as the first woman, first minority and first child of immigrants to be voted into an elite position of leadership, the second highest office in America.

They say it's an historic occasion for immigrants of older generations like Sanjay's parents.

"My parents are Indian immigrants and they get to see someone who is a child of an Indian immigrant be elected the Vice President of the United States, and that is extraordinarily meaningful for both of them," said Sanjay.

And historic for the generation of the future, their children.

"It is a big deal for them to see people that look like them in positions of leadership," said Arredondo.