According to the school district, the determination was based on an investigation that was launched following the teen's allegations. The school district said it has reached out to the family, who have not responded to their request and "have chosen to use social media to harm and defame two well-respected educators."

The student's mother, Shanna Proctor-Lyons, spoke with Eyewitness News on Wednesday and said her daughter suffered a broken hand plus head and knee injuries during the incident.

"I just lost it," she said. "I couldn't understand why my 15-year-old was beaten so badly. They didn't have any reason why."

Her daughter, Kaidence Lyons, said she was walking down the hallway when she claims a school employee yelled at her for not wearing her mask properly.

Kaidence was then sent to the principal's office for talking back, though she claims she did not.

She said the employee was demeaning her and allegedly said, "I don't want to hear nothing. I'm tired of y'all Black kids thinking you can run my school. I got something for you."

The school district said that while they must keep discipline matters private due to federal law, the discipline actions were not about the face coverings like the teen had accused. And on the claims of being targeted by her race, the school district added it has investigated the teen's allegations and found them to be false.
Kaidence then said she was taken into a room where three officers beat her up and placed her in handcuffs.

"They didn't tell me why I was being arrested, handcuffed and slammed down, hitting for different reasons," she said.

In the Clear Creek Independent School District, we believe each person deserves to be physically and emotionally safe which is why CCISD immediately launched an investigation into a family's public allegation that two CCISD employees physically and/or verbally accosted their child at Clear Creek High School. The family claims the student was targeted due to her race. The school district has investigated these allegations, including a thorough review of video surveillance and eyewitness interviews. The school district has determined the family's allegations to be false and defamatory. The family has not responded to our multiple requests to talk but instead they have chosen to use social media to threaten to harm and defame two well-respected educators.
While the school district must keep student discipline matters private due to federal law, we can unequivocally state that criminal charges and student discipline action were not about face coverings. It is our hope the family will cooperate and participate in the investigation process so that their concerns can be fully addressed. The Galveston County Sheriff's Office is investigating the family's public claims against deputies assigned to the campus. All questions regarding that matter should be directed to their office.

"Earlier this evening, the Clear Creek Independent School District released an outrageous statement concerning the brutal beating of one of their own students, Kaidence Lyons, by school resource officers at Clear Creek High School. At no point has any member of the Lyons family ever made any "threat to harm" or defamatory statement against any educator. Rather, this family simply told their story and spoke the truth. In the school district's desperate attempt to skirt responsibility, they have resorted to blaming Kaidence and her family for the terrifying, life-changing encounter that occurred on their watch. The family has not yet met with school officials to discuss the event because they desired their legal counsel to be present, and most importantly,they have been with their child in the hospital as she received treatment for a broken wrist and head and knee injuries. The most telling part of the school district's disgraceful statement is what it does not say.It does not argue that a school employee never led Kaidence to sit alone in a private room, away from any video surveillance. It does not dispute that three school resource officers went into that room- where a teenage girl waited, vulnerable and alone- and viciously beat her. And it does not explain why she was handcuffed without ever being told that she was under arrest. In the best interest of Kaidence, and all the children of the Clear Creek ISD, we sincerely hope that the administration discontinues these retaliatory scare tactics against Kaidence and her family. Instead, we ask that they act with transparency and a spirit of accountability for the violent attack of a child that happened within the walls of one of their schools."
Report a correction or typo
Related topics:
league citygalveston countyface maskhigh schoolstudent safetypoliceinvestigationstudentsinvestigations
Copyright © 2021 KTRK-TV. All Rights Reserved.
More Videos
From CNN Newsource affiliates
TOP STORIES 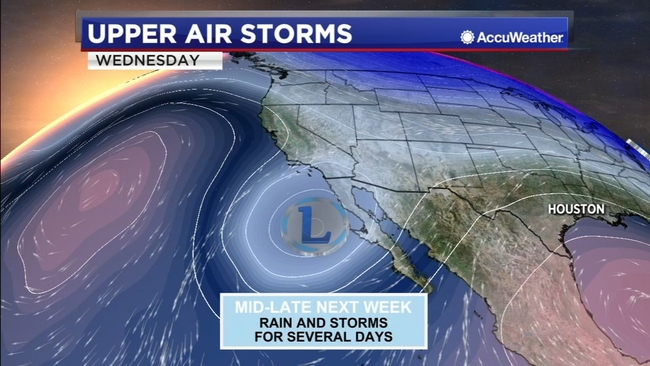 Beautiful but chilly start to the weekend