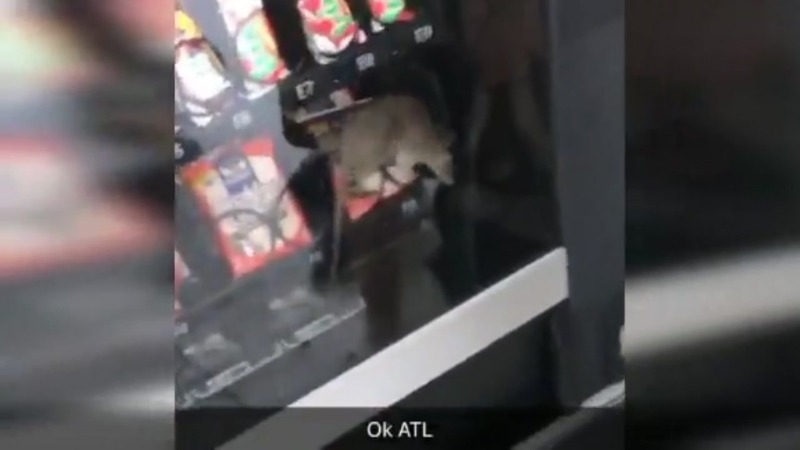 DELRAY BEAH, Florida -- A rat was seen crawling around near snacks inside a Florida school vending machine, WPTV reports.

The video went viral on social media, and the incident caused students to scream, and parents to cringe.

In the video, the rat is seen climbing through the machine and coming in contact with the packaged snacks.

"I was horrified actually to see that at a public school that this would go on," Latoya Johnson, a parent, said.

Student Damian Swint says he saw the rodent before he went to wrestling practice.

"I was about to buy a Gatorade out the vending machine, so I looked next to it and it's the snack machine and it's a rat just like going through it, like eating stuff," Swint said.

"Disgusting. I think it's disgusting, to be honest, because a lot of kids eat out of the vending machines and want snacks during school and there's a rat in that bin. That bin is not sanitary. That bin nasty," Kael Williams says.

The school district confirmed that the rat was spotted on Tuesday and says the principal was immediately made aware and the vending machine was locked so students couldn't use it.