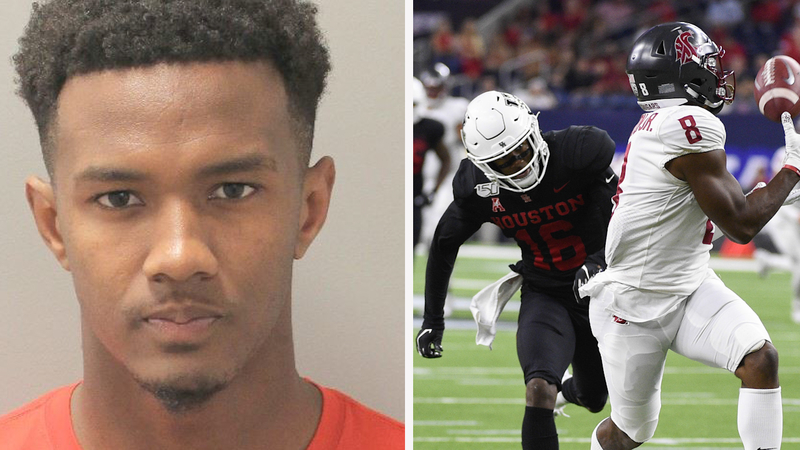 HOUSTON, Texas (KTRK) -- A cornerback for the University of Houston football team has been suspended indefinitely following his arrest for allegedly beating a 60-year-old man unconscious.

Lewis told ABC13 he spent three-and-a-half days in the hospital with a broken nose, cracked ribs and bleeding in his ear canal that has affected his hearing.

The maintenance worker at The Icon Student Apartments on Elgin near the university says he was repairing a door on one of Smith's suite-mates' rooms. A few hours later, Smith repeatedly accused him of stealing money. Lewis says Smith confronted him and then hit and kicked him until he blacked out.

"This has never happened to me. I take my work seriously. I never took anything from anybody," Lewis said.

Police say Smith was arrested and interviewed. He allegedly confessed saying, "I beat him up."

Smith has been charged with aggravated assault with serious bodily injury. ABC13's attempts to contact him were not successful. The UH senior from Spring, who has no criminal history, is out of jail on bond.

"We are aware of the serious allegations regarding Ka'Darian Smith. He has been suspended indefinitely from the Houston football program. We will have no further comment at this time."