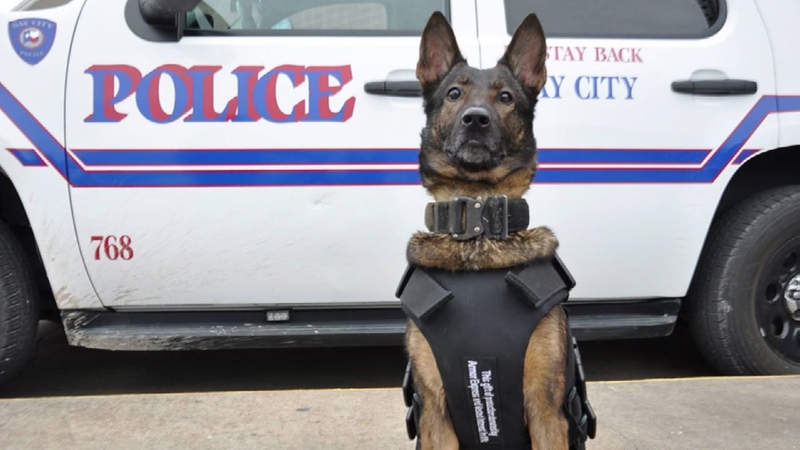 BAY CITY, TX (KTRK) -- A K-9 officer frightened by fireworks has died after being hit by a car in Bay City.

Bay City police said K-9 officer Kim was killed Tuesday after escaping from her partner Officer Keith Hatton's yard in the middle of the night.

A driver was found stopped behind Kim's body. He told officers the K-9 officer had ran out in front of his vehicle, and didn't have time to stop.

Hatton said Kim had become agitated by people popping fireworks nearby earlier in the evening, and climbed a 6-foot fence to find a way to Officer Hatton's front door.

The officer said Kim was allowed to come in to calm down, but later found a way out of her enclosure again.

The K-9 officer climbed the 6-foot fence again, this time going out to explore.

That is when Kim was struck by the driver.

The Bay City Police Department said Kim will be greatly missed, and that she was part of the family.