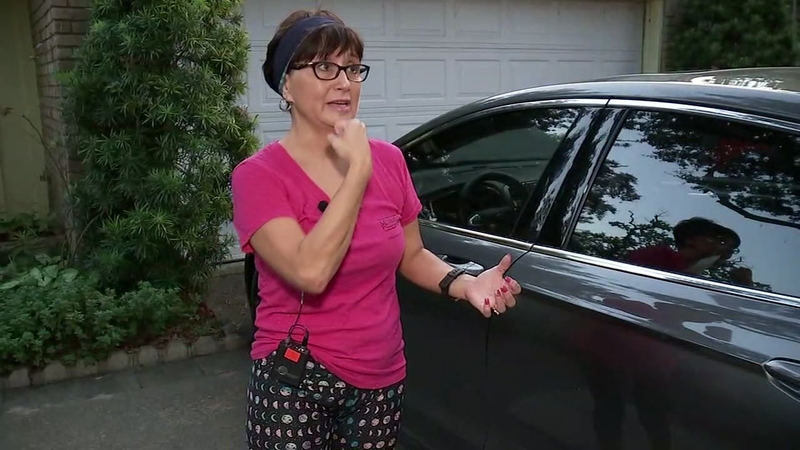 HOUSTON, Texas (KTRK) -- A group of juvenile robbers accused of leaving a trail of victims in southwest Houston told investigators they committed the crimes just "for kicks."

The suspects range in age from 11 to 14 years old and targeted mostly senior citizens in the Westbury area, according to Harris County Precinct 5 Constable Ted Heap.

The crimes have gone back months. Ray Johnson, 76, was the latest victim. He was beaten with his own walking stick and held at gunpoint on Sept. 9.

In July, a 78-year-old woman with a hip condition was approached while still in her car.

"That's when a kid took a fist and hit me in the cheek," the woman, who asked to remain anonymous, said. They stole her purse and beat up her neighbor.

In June, Norma Soto was carjacked as she arrived home. She had her two young grandsons with her. The 2-year-old was still in the car when the robbers took it.

"It can happen that fast. That fast," Soto said. "When he pulled me, he hit me really hard and the other guy pushed me down where he almost hit my head here," she explained.

Fortunately, a passerby found Soto's grandson unharmed near a dumpster within a half hour of the carjacking. Her car was dumped nearby. They were tense moments.

"It was horrifying," Soto said.

Constable deputies are working with Houston police. They believe the kid robbery crew might be responsible for as many as 26 thefts and robberies.

At least four suspects have been taken into custody and questioned. More arrests are possible.