'We did it for kicks': Armed robbers as young as 11 years old prey on Houston residents, including elderly, officials say 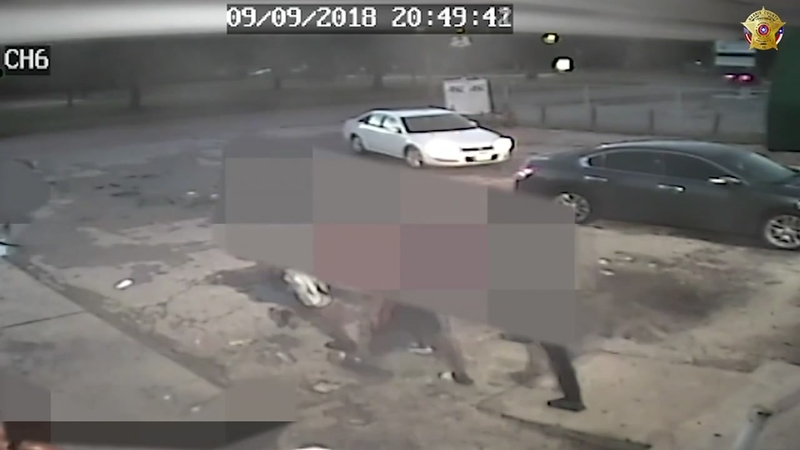 HOUSTON, Texas (KTRK) -- Authorities say a group of underage robbers who could be responsible for a disturbing string of crimes in southwest Houston told investigators that they committed the crimes just for kicks.

The suspects range in age from 11 to 14 years old.

Investigators with the Harris County Precinct 5 Constable's Office say a group of young suspects have been preying on residents for the last four months. Some of the victims are elderly.


In one case on Sept. 9, 76-year-old Ray Johnson was out for a regular evening walk in the Westbury area when he was beaten with his own walking stick by four suspects. They pointed a gun at him and demanded money.

Johnson, who turns 77 in a couple weeks, said he yelled for help when he was staring down the barrel of the gun and two neighbors ran over to help. The suspects ran off when they spotted the neighbors.

Johnson was pistol whipped and hit on the head twice. He also hurt his left hand, which he used to defend himself.

He had no broken bones and will be OK.

Johnson says he decided to come forward because he loves kids and gets concerned when they start off on the wrong foot. He was also a former Boy Scouts leader who says he has seen troubled kids turn into productive adults.

Man hurt by armed robbers describes how neighbors helped him.

Two days after the attack on Johnson, investigators found video from a convenience store and photos of the suspects leaving the scene.

Working with schools and shop owners, they identified two of the suspects.

Strategic Response Unit Investigators later witnessed four juveniles who fit the description of the suspects from the armed robbery on Johnson stealing a gas can from a lawn maintenance company.

When officers tried to pull them over, two of them fled. The other two were taken into custody.

Officials say that the kids confessed to planning to use the gas cans to torch their car, which was stolen in an aggravated robbery four hours earlier.

Similar to Johnson's case, the victim of the car theft was also assaulted.

A third juvenile suspect was identified and taken into custody.

Two more suspects have been identified. Deputies hope to have them in custody by the end of the day.

A sixth juvenile believed to be linked to the crimes is expected to be in custody by the end of the week.

The suspects' identities are being withheld because of their juvenile status.

A man was beaten by young robbery suspects.

Constable Ted Heap says investigators are looking at the possibility that this group could be responsible for 26 criminal cases dating back to May 2017.

That includes nine cases so far through Precinct 5 alone.

All of the incidents happened within a one mile radius. In each instance, the suspects approach individuals, many of them elderly, and ask for change.

They then attack and steal the victim's vehicle or money.

Authorities say all of the kids are in school. They appear to be committing the crimes after school in the evenings or on the weekend. A weapon has not been recovered.

Anyone with information about these crimes or anyone who may have been a victim of a similar crime is urged to contact Harris County Precinct 5 at 281-463-6666.