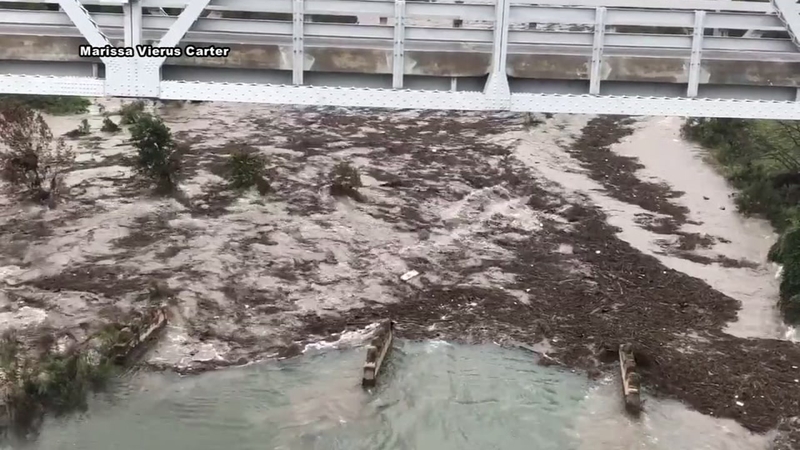 JUNCTION, Texas -- The search has resumed for four people missing after a Texas RV park was overrun by raging floodwaters.

Texas Game Warden Rachel Kellner says the search resumed Tuesday morning with crews walking the banks of the South Llano River downstream from Junction, Texas, and a few boats going in. She says it is very windy and that the river is rising again, with more rain expected.

"The river is full of debris," Kellner said. "RVs, boats, fences ... normally it's a nice, crystal clear river, but right now it's a muddy mess."

One resident shared a video of the roaring river, which is out of its banks. Crews don't expect the river to go down until later this week.

Kellner says the current is too strong for some boats to get into the river and because of the weather conditions, no helicopters can get into the air.

She says the four missing are one woman and three men.

Emergency personnel in helicopters and boats rescued 19 people Monday in Junction, a small city about 140 miles (225 kilometers) west of Austin.