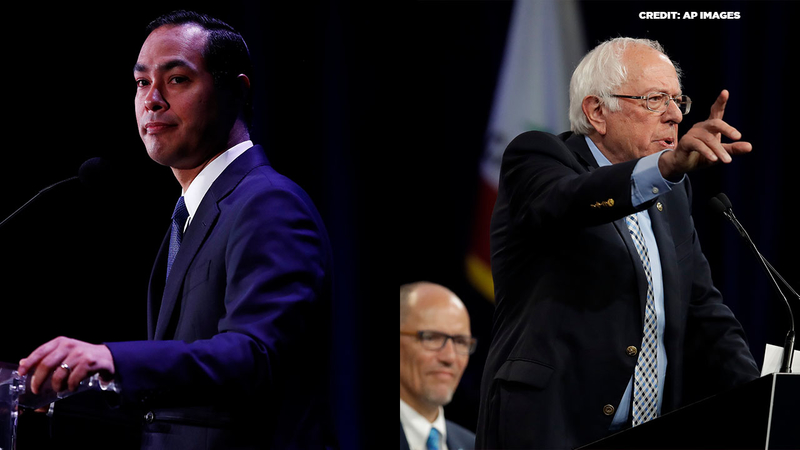 Two democratic presidential hopefuls took part in a convention in downtown Houston aimed at the development of the Muslim community on Saturday.

"I'm excited Houston is the host city," Castro said. "I was disappointed Houston didn't get the 2020 democratic convention, although I may bet it gets the 2024 convention because it represents the future of our country because it's diverse, that is young, that is growing."

As he prepares for the debate, he has his eyes on Hurricane Dorian. Castro knows how just two years ago, Hurricane Harvey impacted the Houston area.

"If I'm president, I want to make sure we equip our local to be better prepared, more resilient and also that we work with them more closely so that they can recover quickly," Castro explained.

Recently, he unveiled his "Green New Deal" to tackle climate change. The price tag to eliminate fossil fuel is $16 trillion.

This would impact a lot of people in the area, as the city of Houston says the top three industries are gas and oil related.

"What we have put into our program is a massive investment in helping those workers who might lose their jobs, get new jobs," Sanders explained. "We will create in our program some 20 million decent paying jobs as we transform our energy system away from fossil fuel."

"We have got to do something," Sanders said. "We have got to do as much as we humanly can to prevent these horrific mass shootings, and what the American people want us to do is to make sure that we significantly expand background checks."

Both candidates will be busy in Houston prior to the upcoming debate. Castro will host a rally on September 9th.

As for Sanders, his team is hosting an organizing event next Tuesday.