Judge accused of paying for home with campaign money

HOUSTON, Texas (KTRK) -- A Harris County judge who has served on the bench of the 164th Civil District Court for 10 years went before a federal magistrate Friday. She's been charged with 10 counts of wire fraud, with prosecutors alleging she diverted campaign funds for non-campaign expenses.

She pleaded not guilty.

Alexandra Smoots-Thomas is accused of appropriating some $25,000 in campaign money to pay for a luxury handbag, a $700 ring, her children's school tuition and her mortgage.

Her attorney, Kent Schaffer, said she was indicted last month by a grand jury, but the indictment was sealed, so he was unable to learn what she was charged with until Friday's hearing.

He said the investigation began when FBI agents informed her that an anonymous complaint of bribery had been brought to their attention.

"They said they found nothing, but then told her they had discovered some issues with her campaign expenses," he said.

According to Schaffer, Thomas had repaid some of the money.

"She also paid for some campaign expenses out of her own money," he said. "At the end of this, she may be owed money."

The situation is complicated by Thomas' health. She was diagnosed with breast cancer within the past year, had a mastectomy, and is continuing to undergo treatment. She received chemotherapy on Thursday.

The judge appeared in court wearing a suit with a chain around her waist with both leg and hand restraints. Schaffer said she is also on pain medication.

She has not been hearing cases in recent weeks, according to her staff, because of her health. There are also no cases pending in her court.

"We talked to the federal prosecutors about a pre-trial diversion, where she could just repay any money that might be owed," he said.

It was the same deal that he said a white congressman in another state recently received.

"Our request was rejected and we were told it came from higher up," said Schaffer.

Schaffer also said Thomas was offered a deal "if she could get dirt on other judges."

"She was asked to wear a wire, but said no, because those other judges had just been in office a few weeks," said Schaffer.

"She's a black female Democrat and I think they saw it as an opportunity to get her off the bench and put a white Republican in, in a county where none exists," he said.

A trial date is set for January, but may be postponed.

ABC13 contacted the office of U.S. Attorney for the Southern District, Ryan Patrick, who was appointed by President Trump, requesting to speak with him.

A public affairs officer responded by email, stating, "We're unable to accommodate your request at this time, but appreciate your interest."

Colorado man suspected in wife's death cast ballot for her 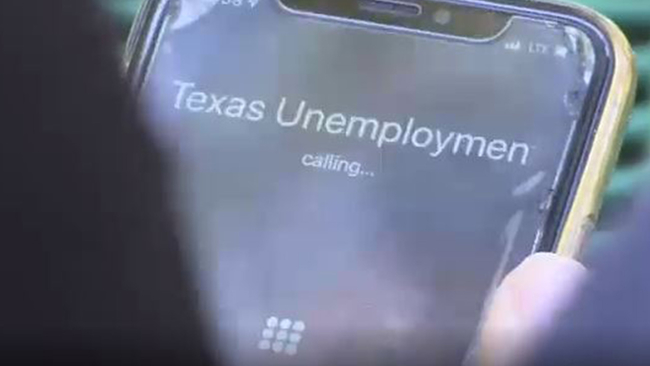 $700M in jobless aid stolen in Texas during pandemic