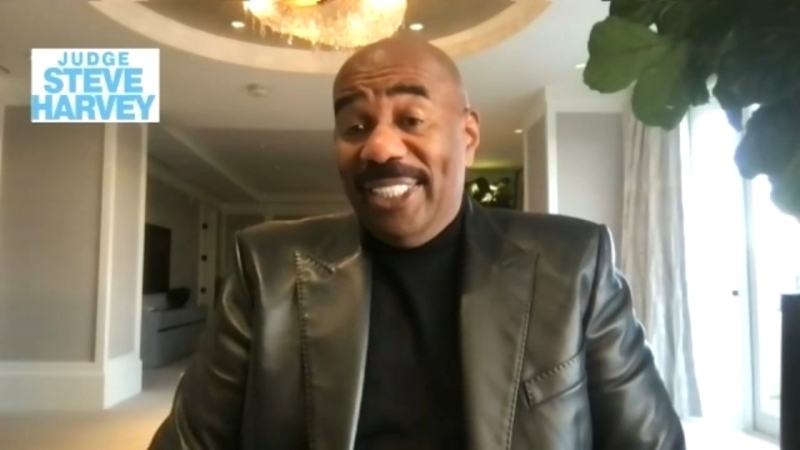 Steve Harvey has been a stand-up comedian, a game show host, an author, and even a motivational speaker, and now, he is adding another profession to his long resume.

"Judge Steve Harvey," premiering on ABC, has him following in the footsteps of "Judge Judy" and a long list of others.

The star said he didn't go into this show trying to duplicate anything or anybody. He admits he doesn't have the wealth of knowledge Judge Judy has, but he is a whole lot funnier.

Harvey doesn't have a law degree and doesn't even wear judges robes on the new show, but he still manages to play to his strengths.

"I'm in the make-people-laugh business," he said. "I'm in the happy business."

Bob Saget has died at a hotel in Orlando Sunday, according to the Orange County Sheriff's Office. He was 65. Sandy Kenyon has more.

The case are real -- and so is the bailiff, former Douglas County, Georgia, bailiff Nancy Price.

"Nancy's from a court where people are in there for kidnapping, drug charges, violent crimes," Harvey said. "So she has a knack of knowing when to step in."

But she and everybody else are still there for laughs.

The spectators in the court play a bigger role on "Judge Steve Harvey" than they have in similar shows.

"That was a requirement of mine," Harvey said. "I need an audience for me to perform to my fullest and the best of my ability."

His hold on the audience has long been obvious, and it's hard to believe it's been 20 years since he was featured in Spike Lee's documentary "The Original Kings of Comedy."

It's been a full decade since his last stand-up routine.

"Yeah I miss it a little bit," he said. "But you know, in this culture that we in today, I got out at the right time because political correctness is killing comedy...The freedom of saying what you want to say is gone."

Sandy Kenyon has more on Alana Haim and the acclaim for her first film role in "Licorice Pizza," one of 2021's best films.

He maintains too many people are too easily offended.

"Everybody's feelings is hurt immediately," he said. "As soon as you tell a joke, somebody's feelings somewhere is hurt, and it's a sad thing because what do you want a guy to do as a comedian? A jokes got to be about something, and it's usually people. We can't write jokes about puppies all day long."

Still, Harvey manages to find the funny in primetime. As he says on the show, "In my courtroom, I speak the truth."