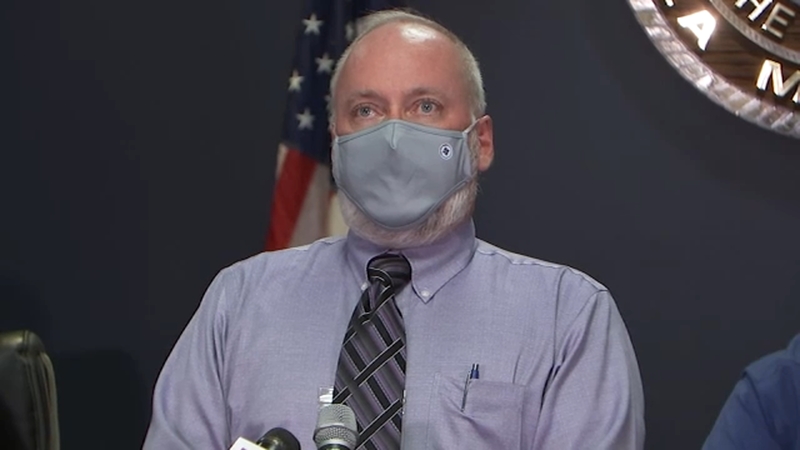 According to police, Officer Jose Santos was placed on administrative leave after the shooting that took place on Pirtle Street. Joshua Feast died in the incident.

Police did not immediately disclose what prompted the shooting.

The release of Santos' name came a day after a briefing held by La Marque PD Chief Kirk Jackson became contentious over questions about the officer's age and race, which the chief and Mayor Pro-tem Keith Bell refused to answer. This was despite police immediately identifying Feast as Black.

Police said Santos, who is Hispanic, has been with the department since October 2014.

Jackson also confirmed there was body camera footage of the confrontation, to which he said will be released to the public following the investigation.

In releasing Santos' name, the city of La Marque repeated a vow of transparency that the chief expressed in Thursday's news conference.

The video above is from the Dec. 10, 2020, news conference with La Marque PD Chief Kirk Jackson

"La Marque City Council, the City of La Marque and La Marque Police Department, stand by our promise to participate in the just and complete investigation of this incident, as well as our pledge for transparency," the city said in a statement.

The statement concluded, "Our sincere condolences go out to the family of Joshua Feast and the community of La Marque as a whole as we all face this tragedy together."

Despite the sentiment, Feast's family members told ABC13 their loved one was shot in the back. That detail was not confirmed during the news conference or the city's statement on Friday.