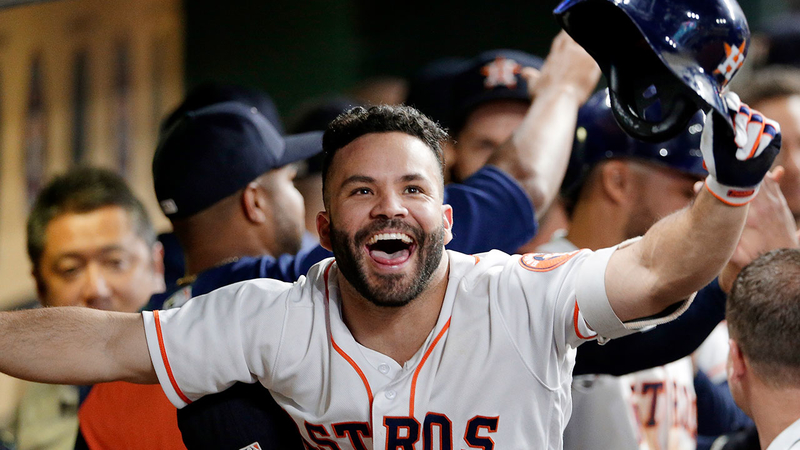 HOUSTON, Texas (KTRK) -- Jose Altuve, who is technically the reigning American League MVP as of this writing, played in 137 games in the 2018 season, which was hampered by injury.

But, the Houston Astros clubhouse leader proved he's still a beast at the plate, garnering his fifth straight Silver Slugger award at second base.

Altuve still notched 169 hits on 599 plate appearances. The hit total was his lowest since his first full season with the Astros in 2012, but also one fewer than the team lead this season behind Alex Bregman.

He also notched 44 extra-base hits, including 13 home runs on the year.
Altuve played through knee discomfort in the postseason. He had surgery after the team was eliminated from contention.

Before the season, the 28-year-old signed a five-year contract extension reportedly reportedly worth $151 million.

Over the weekend, Astros fan Kaci Langner took to Twitter to show off the Orbit-themed pumpkin she carved for a contest at work.

Jose Altuve is so huggable to everyone!
EMBED More News Videos

This might be one of the most unique pieces of art inspired by the Astros' World Series victory.