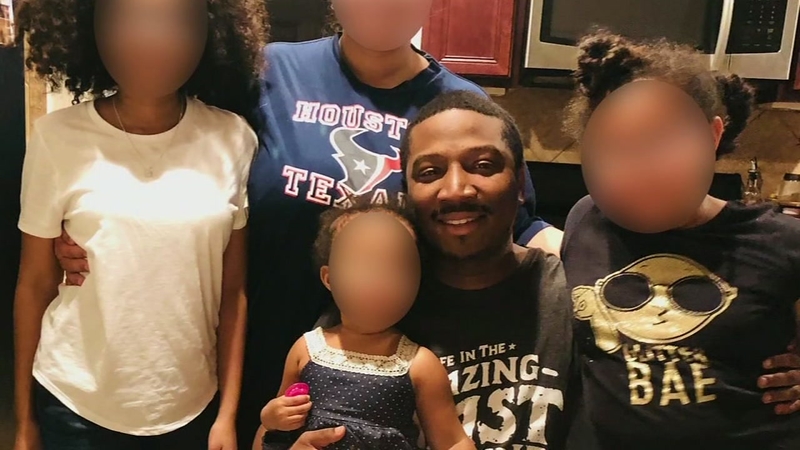 Body discovered in Cypress lake believed to be missing man

CYPRESS, Texas (KTRK) -- Homicide investigators are now looking into the mysterious disappearance and death of Jordan Davenport, 29. His body was recovered from the Towne Lake community in Cypress on Halloween.

Family of the father of three tell ABC13 he was there for a Halloween party, then escorted a friend home and vanished.

"How do you tell kids that their daddy's gone? How do they understand it, you know?" said Davenport's ex-wife.

When he was not heard from over the weekend, the family made flyers and began posting on social media.

They tell us when he did not show up for work at an AT&T store Monday they knew something was wrong.

"He always made sure he had fun with his kids when he had time to do it because he was always working," said his ex-wife, who did not want to release her name.

She describes Davenport as a family man and provider.

Investigators say he was last known to be at the Boardwalk at Towne Lake in Cypress on Oct. 27, around 8 p.m. That same night, residents reported a suspicious person matching Davenport's description in their backyard.

They told investigators they chased him to a bridge and lost sight of him.

Sources told Eyewitness News that homicide investigators are looking into whether Davenport was beaten by residents during an altercation in the neighborhood before he died.

Davenport's parents spoke exclusively to ABC13 on Thursday about his death.

"Jordan is sweet, humble, and respectful. He's going to be dearly missed," said his mother. "Right now, it hurts so bad. He's just going to be missed. I love him."

They said there are still so many unanswered questions. They asked us to conceal their identity.

"I just don't know the whole story," said his father. "We're going to get to the bottom of it. We're left with a big void."

The investigation is ongoing, and homicide investigators ask anyone with information to call 713-274-9100.