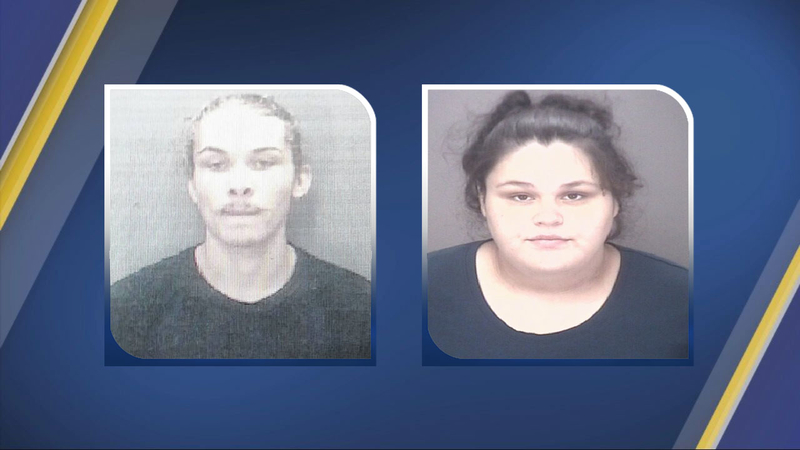 ROBESON COUNTY, North Carolina -- A 17-year-old father and 25-year-old mother have been arrested for the abuse and death of their 1-year-old daughter, Jadayln Barton.

Just before midnight on Tuesday, deputies with the Robeson County Sheriff's Office were called to Southeastern Medical Center in reference to an unresponsive girl who had bruises on her body.

Jadayln, who was reportedly brought to the hospital by her parents, was later pronounced dead.

Her cause of death is undetermined. An autopsy will be performed Friday morning.

Barton was arrested on Thursday and booked into the Robeson County Detention Center with no bond.

Hardin is being held in the Robeson County Detention Center under a $1.5 million bond.

"This is such a troubling case that no one would want to imagine," Sheriff Burnis Wilkins said in a Facebook post. "The condition of this innocent infant is unspeakable and was really difficult for our investigators. As the investigation continues all I can do is ask for the county to pray."
Report a correction or typo
Related topics:
north carolinachild abusemurderchild killed
Copyright © 2021 WTVD-TV. All Rights Reserved.
TOP STORIES
Man accused of attacking 3 women at same Houston apartments
1st case of omicron COVID variant identified in US
Police warn of Elf on Shelf online scam across Houston area
Families turn down Travis Scott's offer to pay for funerals
4th student dies in MI school shooting, alleged gunman ID'd
Texas EquuSearch looking for woman who has been missing for 4 days
Power company winterization plans due to TX utility regulators
Show More
Harris County institutes a new alert system
Tory Johnson delivers 'Deals & Steals' in holiday shopping special
Dense fog could slow down your Thursday morning commute
Employers in Katy 'in desperate need of people'
Supreme Court signals they'll OK new abortion limits, may toss Roe
More TOP STORIES News