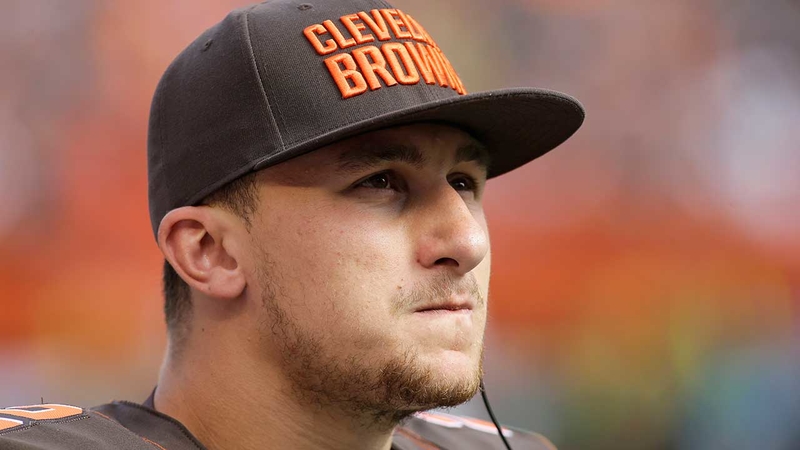 Could we see the return of Johnny Football in 2018? There is a big possibility, if Manziel agrees to play in the Canadian Football League.

The Canadian Football League approved Manziel for a contract in 2018, officials announced Thursday.

Manziel's CFL rights are owned by the Hamilton Tiger-Cats, who worked him out in September.

In a statement released by the league, officials said they looked into Manziel's 2016 domestic violence charge and conducted an in-person interview with Manziel before making a decision. He is also required to meet a number of condition set by the league.

Hamilton has 10 days to make an offer to Manziel in order to keep his rights. If he does not receive an offer from the Tiger-Cats or isn't traded by Jan. 7, 2018, he will become a free-agent, the league said.

The announcement does not necessarily mean that Manziel will play in the CFL in 2018.

Statement released by Hamilton Tiger-Cats:
"We have been notified that Johnny Manziel, on our negotiation list since September 2012, has gone through the formal process established by Commissioner Randy Ambrosie, and that provided he meets the conditions laid out to him by the Commissioner, is now eligible to play in the Canadian Football League in 2018 and beyond.

"We appreciate the CFL office and Commissioner Randy Ambrosie's due diligence in this matter. We also recognize Johnny Manziel for thus far demonstrating the attributes necessary to continue his career in our great league. We will have no further comment at this time."

Statement from @Ticats regarding @CFL's ruling on @JManziel2: https://t.co/p90StU0xXS pic.twitter.com/tP8POusPXw

Manziel has not played since the Cleveland Browns released him in March 2016.