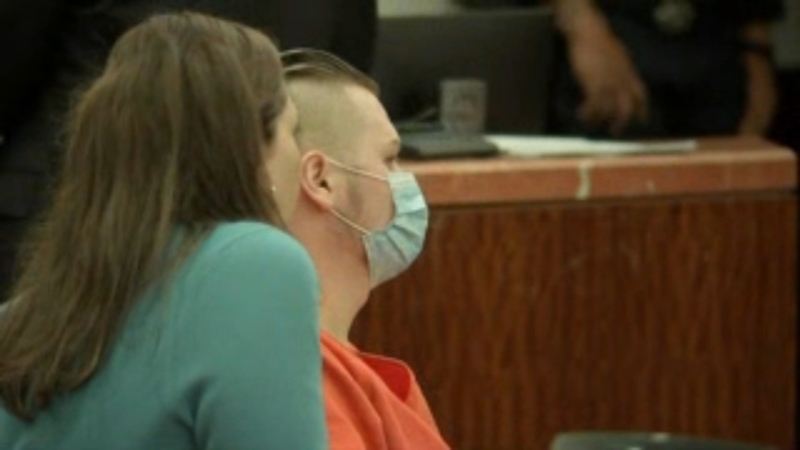 HOUSTON, Texas (KTRK) -- A man accused of assaulting a bailiff and allegedly trying to take her gun during a previous court appearance was back in court Thursday, this time to take a plea deal. The bailiff who was attacked was also there to speak about the incident.

Prosecutors say this attack happened in the fall of 2021, right after 19-year-old Johnathan Carriere was sentenced to six years on a child pornography charge. Prosecutors say as Deputy Villareal was taking Carriere back to the holding cell, he violently attacked her -- hitting her several times and trying to get her gun.

Deputy Villareal spoke in court Thursday, giving a victim's impact statement. She described how the attack felt like she was being hit by a brick.

Courtroom witnesses in attendance could tell it was tough for this deputy to get up there and share what she has been through these past several months. She talked about how she is dealing with the aftermath of this attack, both physically and mentally.

Deputy Villareal recalled how she focused on not letting Carriere get her gun during the attack, because she felt like if that happened, there would have been casualties.

Deputy Villareal also thanked her family and law enforcement family for their support. Many of them were there Thursday to stand with her.

Harris County Sheriff Ed Gonzalez says he has known the deputy and her family for years and was upset when he heard this had happened.

"She's such an amazing person. It was just... It came out of nowhere. She said, 'I had been so kind and professional with him.' She was just shocked in that moment that someone would react like that," Sheriff Gonzalez said.

Carriere was sentenced to 23 years for aggravated assault on a public servant and 20 years for having a prohibited substance in a correctional facility, for allegedly making shanks in his cell. Those sentences, along with the child pornography charge, will be served at the same time at TDCJ. He will not be eligible for parole until he has served half of that 23-year sentence.