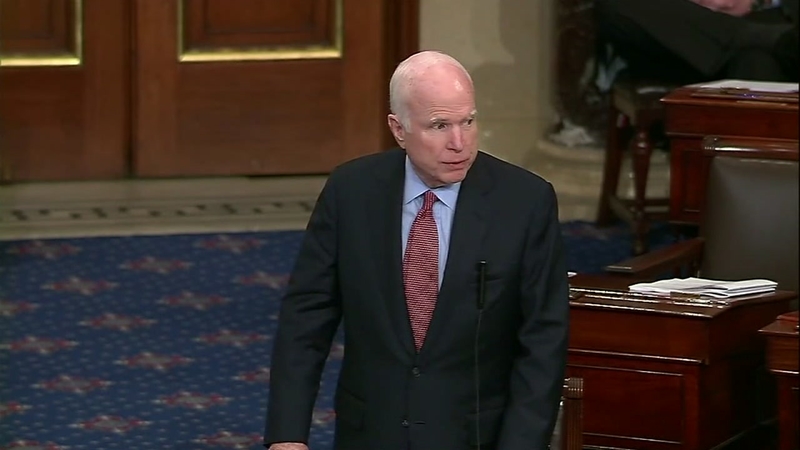 Harris County Judge Ed Emmett said McCain's courage and civility should be honored in a time of political division in the country. He gave his life to this country," he said. "You can't get around that fact. The pain he endured as a POW he suffered because of the things he did, and yet he always smiled."

"John McCain represented the very best of what bipartisanship means. It's a commodity far too rare now," Harris County Commissioner Rodney Ellis said. "He was somebody who could reach across the aisle and find a way to disagree with people without being disagreeable."

"We could all look to him as a role model for patriotism. He understood that to be a leader, you have to be a servant first," Culberson said.