CNNWire
By Kate Sullivan, CNN
WILMINGTON, Del. -- Joe Biden on Monday received the second dose of the Pfizer/BioNTech Covid-19 vaccine on camera, as part of an effort by the President-elect's incoming administration to reassure the country of the safety of the vaccines.

Biden was administered the shot in his left arm by Ric Cuming, chief nurse executive at ChristianaCare's Christiana Hospital in Newark, Delaware, according to Biden's transition team.

The President-elect's vaccination comes the week before he is sworn in as the next president of the United States, and as the coronavirus pandemic continues to devastate the nation. More than 374,500 Americans have died of the virus as of Monday afternoon, and cases are rapidly climbing across the country.

Biden received the first dose of the vaccine last month live on national television. The President-elect expressed his confidence in the vaccine and encouraged Americans to receive one as soon as it becomes available to them.

President-elect Joe Biden received his first dose of the COVID-19 vaccine on live television on Monday, Dec. 21, as part of a growing effort to convince the American public the inoculations are safe.

The Pfizer/BioNTech vaccine, like the Covid-19 vaccine developed by Moderna, requires two doses administered several weeks apart in order to reach nearly 95% efficacy. Both vaccines have received emergency use authorization by the US Food and Drug Administration, and about 9 million people have received a first dose as of Monday afternoon, according to the US Centers for Disease Control and Prevention.

Health care workers and residents of long-term care facilities are the first in line for the coronavirus vaccines, as recommended by vaccine advisers to the CDC. Next in line are older adults, ages 75 and older, and "frontline essential workers," including first responders, the advisers recommended.

Vice President-elect Kamala Harris received the first dose of the Moderna vaccine on camera the week after Biden received his shot in December. Transition spokesperson Jen Psaki said Biden and Harris were staggering the vaccine at the recommendation of medical experts.

Biden's most pressing priority when he takes office will be addressing the pandemic. The President-elect will aim to release nearly every available dose of the coronavirus vaccine when he takes office, CNN reported last week, which is a break with the Trump administration's strategy of holding back half of US vaccine production to ensure second doses are available.

He has pledged to distribute 100 million Covid-19 vaccine shots, which is enough to cover 50 million Americans, in his first 100 days in office. Biden has also said he will pass a coronavirus economic relief package through Congress, a goal that was helped by Democrats winning control of the Senate earlier this month.

The official said at the time that Trump was still receiving the benefits of the monoclonal antibody cocktail he was given after he tested positive for Covid-19 in the fall but that the President was likely to get his shot once it was recommended by his medical team.

In its clinical guidance for the coronavirus vaccines authorized for emergency use in the United States, the CDC said the vaccines should be offered to people previously infected with coronavirus, as Trump was in early October. It noted that vaccination could be delayed somewhat, since reinfection is uncommon in the 90 days after initial infection.

However, there's no safety or efficacy data for the vaccines in people who were treated for Covid-19 with monoclonal antibodies or convalescent plasma; Trump's treatment for Covid-19 included the monoclonal antibody cocktail made by Regeneron. The CDC's guidance said "vaccination should be deferred for at least 90 days, as a precautionary measure until additional information becomes available, to avoid interference of the antibody treatment with vaccine-induced immune responses." 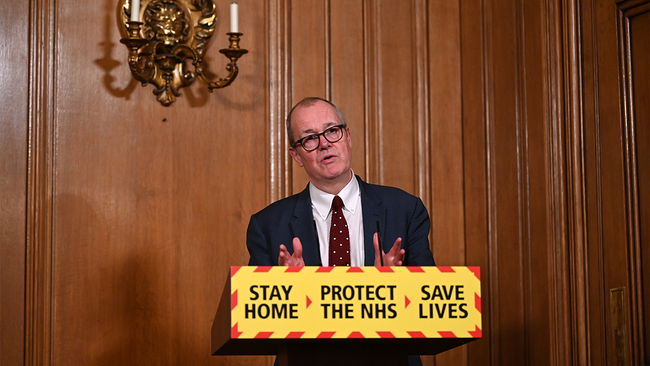