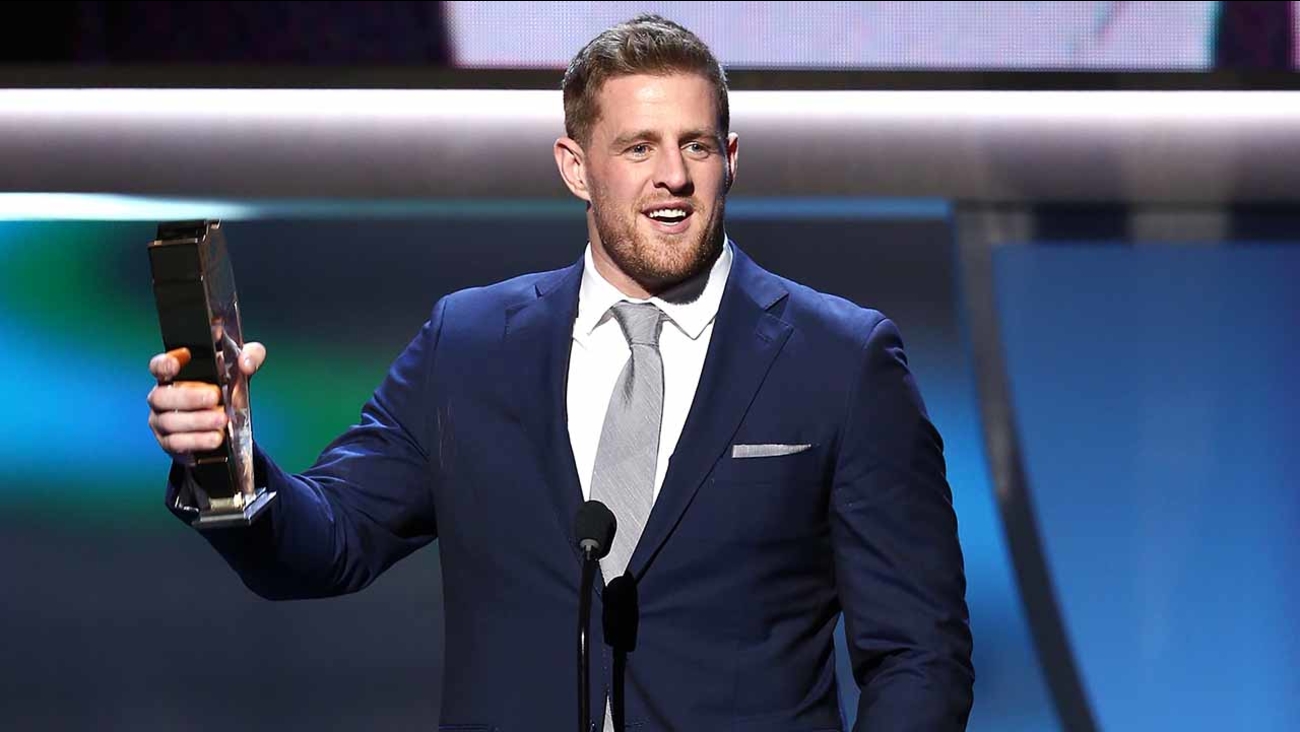 J.J. Watt of the Houston Texans accepts the AP defensive player of the year award at the 5th annual NFL Honors at the Bill Graham Civic Auditorium on Saturday, Feb. 6, 2016. (John Salangsang/Invision for NFL/AP Images)

It was not a unanimous selection for the Houston Texans defensive end, as it was last year - a first for the honor - but it was decisive. In tying Hall of Famer Lawrence Taylor as the only players to take the award three times, Watt earned 37 votes from a nationwide panel of 50 sports writers and broadcasters who regularly cover the NFL.

Teammates, coaches, family, friends, fans, Thank You!!! Nothing I do would be possible without you. So extremely grateful.

Congratulations to @JJWatt of @HoustonTexans--making history winning his third NFL Defensive Player of the Year award!

A look at the 2015 Honors and Awards for @HoustonTexans DE @JJWatt: pic.twitter.com/r6ijCxC9wx