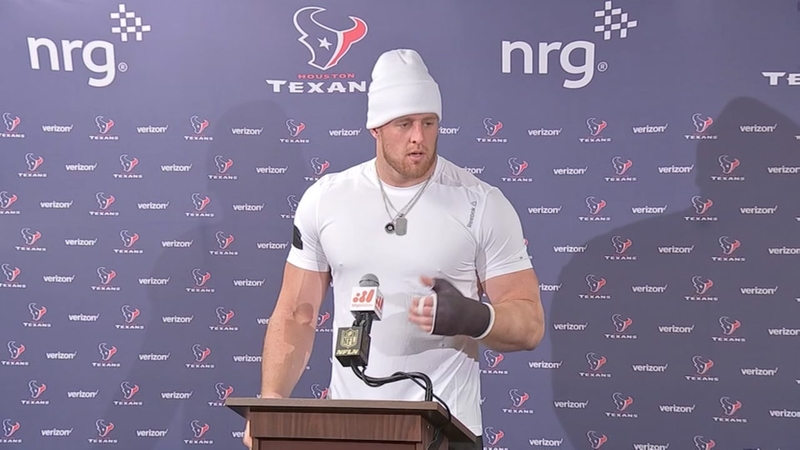 HOUSTON (KTRK) -- JJ Watt has a broken hand, but will play in this Sunday's game against the Patriots.

Watt said he broke his hand during practice, but he'll play through it. "I've played with worse. Elbow was worse. Pain is part of football."

#Texans Watt: I don't know how the NFL will force me to wrap my cast but I'm sure it'll happen. I'll do what's necessary.

#Texans Crennel: Watt won't be able to grab with his hand.

Watt was listed on the injury report as limited with groin and hand injuries Wednesday. He did not practice two days last week with the groin injury but played 100 percent of the Texans' defensive snaps against the Buffalo Bills.