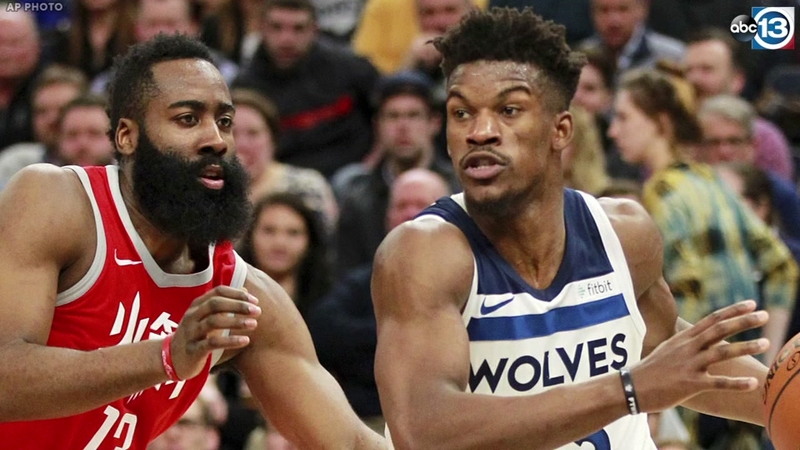 Rockets could land Jimmy Butler with a steep cost

HOUSTON, Texas (KTRK) -- The last time the Houston Rockets picked in the first round of the NBA Draft was in 2015.

With that in mind, if a new report comes to fruition, the Rockets may not be without their own first round picks for four of the next seven drafts.

ESPN's Adrian Wojnarowski reported Thursday that the cost of acquiring All-Star guard and Tomball-native Jimmy Butler will be the collection of coveted picks.

Butler, whose trade demands with the Minnesota Timberwolves have been well-documented in the offseason, could be paired with James Harden and Chris Paul as part of a superteam in Houston. The Rockets have reportedly shown interest in acquiring Butler's services.

Butler, 29, has two years left on a five-year contract. He's due to make a base salary of $18.6 million this season, and he has a player option in the next season, which is widely speculated to be an opt-out.

The Rockets' 2019 pick, as of Thursday, still remains with the team.