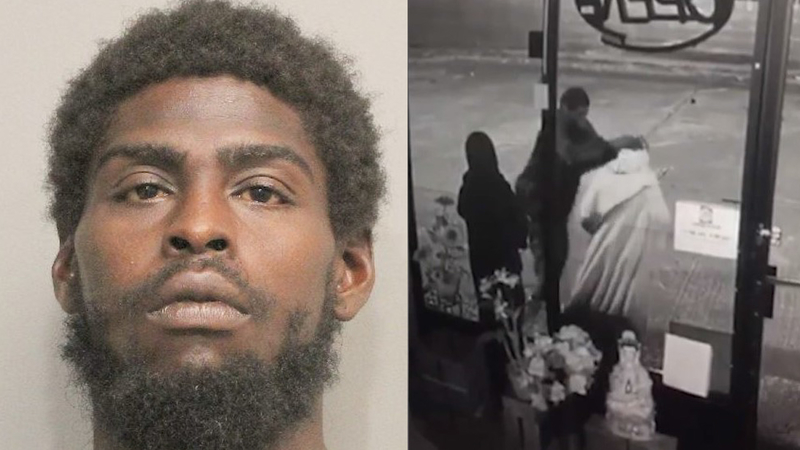 Statue of Jesus beheaded by vandal in west Houston

HOUSTON, Texas (KTRK) -- The man accused of smashing a Jesus statue in southwest Houston has been arrested.

Jonathan Deaver-Davis was arrested on Wednesday after police were called to a store in the 2700 block of Eldridge Parkway for a trespasser.

Surveillance video caught the mischief in action. In a matter of seconds, the suspect slams the monument onto the ground, causing the head to break.

"That's just the demonic spirit," Ethel Simpson said. "Those spirits are among us, live and roaming around."

"What's wrong with you? You don't need to do anything like that," Dejesselle Gamboa said. "There's no reason why you should hate someone else's beliefs that badly."

The statue was smashed, but Jesus hasn't gone far. It's once again sitting outside Midtown Monuments in west Houston. It may look repaired, but you can still see the damage.

The statue isn't cheap. The owner says it's valued at $8,000. For some neighbors, it's not about the value, but the fact someone would do this to Jesus' image.

"That's not good," Victor Cisneros said. "These people need to be caught and prosecuted because that's sending a bad message to other kids."

"It's more than a monument if you have God in your heart," Esther Thompson said. "It means more than just a monument because it's showing respect to God, and what he means to you."

Davis has been charged with felony criminal mischief.