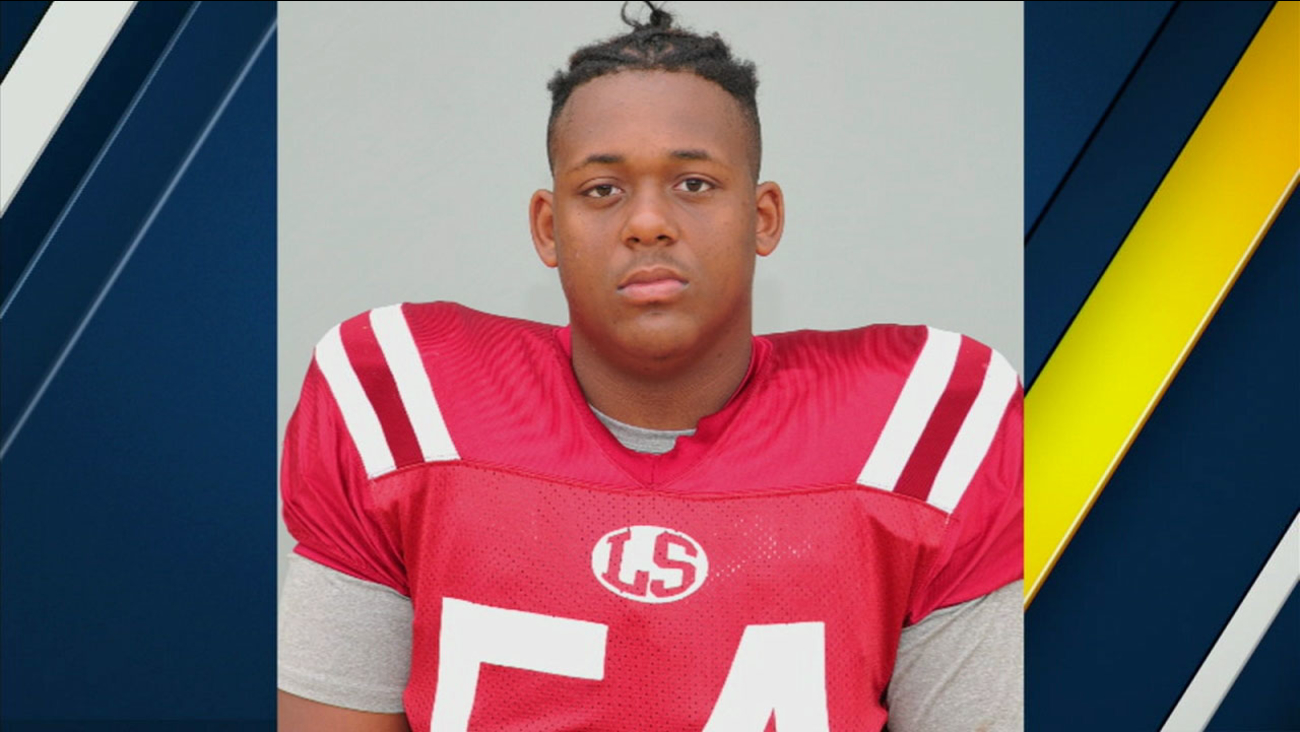 WHITTIER, Calif. -- It was a somber graduation ceremony at La Serna High School in Whittier as the seniors dealt with the loss of one of their classmates.

Jeremy St. Julian was supposed to graduate from the school with his class Wednesday night, but he died in a hiking accident the day before.

"It's going to be so hard to focus on the graduation because it's supposed to be a joyous time. But everyone needs to give their respects and everyone is really sad about the loss," Alexis Vargas said. "We all just need to be there for each other and remember the good times that he gave us."

The loss has made the final day of school a difficult one.

Jeremy was with some friends hiking around the Chantry Flats Recreation Area in the hills above Arcadia around 7 p.m. The 18-year-old fell about 100 feet from a cliff, according to the L.A. County Fire Department.

He wasn't breathing when emergency crews arrived and was pronounced dead at the scene.

At 6 feet 1 inch and 280 pounds, Jeremy was a big guy with a large personality and heart, students said.

"He's usually like one of those guys that just he's cool to hang around with. He's nice. He's loud, he's fun. Now, just knowing that something like that happened and he's gone now - it's pretty bad," Emiliano Juarez said.

Jeremy's future plans were to play junior college football. A moment of silence was held at the evening ceremony.