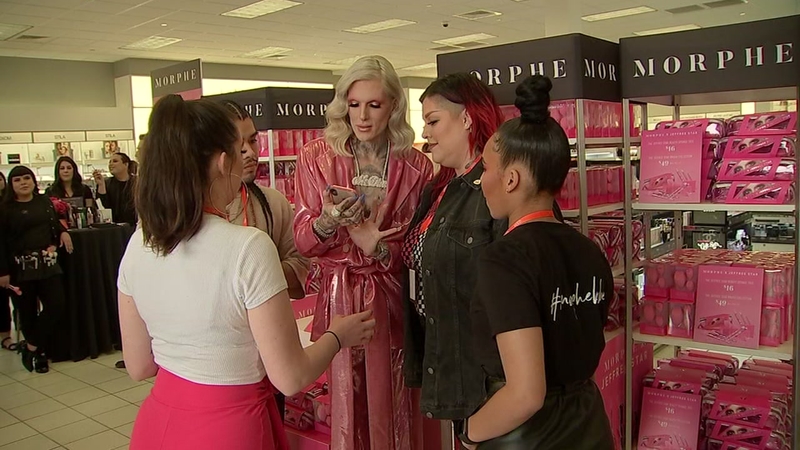 The YouTube sensation and makeup artist celebrated the launch of his latest collection at an Ulta store in Houston Saturday afternoon.

"I have such a massive fan base here in Texas so we wanted to celebrate the best city in Texas - ok I'm putting that on record," Star said.

Star, who is known for formerly being the most followed person on MySpace, will be promoting his makeup line with Morphe.

Fans like Lauren Martin began lining up as early as 6 a.m. on Saturday, to meet the beauty guru.

"He doesn't sugar coat anything - he gives everything a fair shot on his YouTube channel - no matter how much money it is. If it's trash, he'll tell you it's trash," Martin said.

"He's been my inspiration to go to business school start my own brand. I've been taking makeup classes as long as I can remember," said Cameron Cupriate.

‘RAIN OR SHINE’: @JeffreeStar fans are pulling their umbrellas out while they wait outside @ultabeauty to meet him! #JeffreeStar #makeup #MorphexJeffreeStar pic.twitter.com/Zi7yrSKQyJ

The Youtube star also shared a video of him hanging out with Houston jeweler Johnny Dang on Instagram.