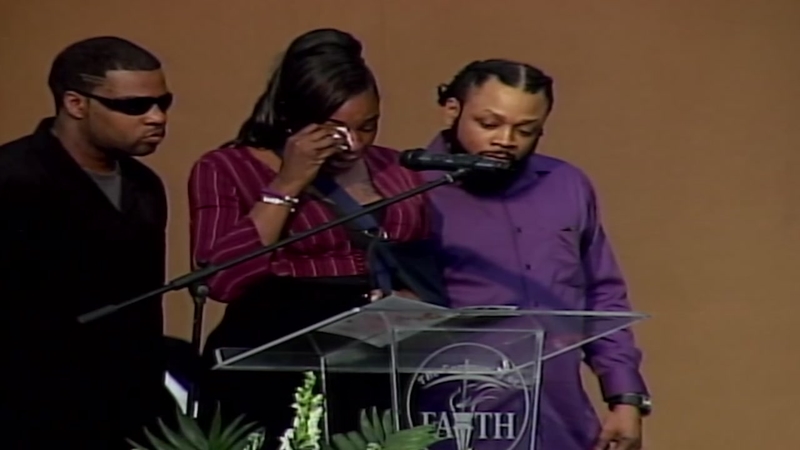 HOUSTON, Texas (KTRK) -- As Jazmine Barnes life was being celebrated Tuesday, the city of Houston declared Jan. 8 in honor of the young girl and others who were senselessly killed by violence.

Thousands of people gathered at her funeral Tuesday to say goodbye to the 7-year-old.

Outside the church where Houston will pay their respects and say goodbye to Jazmine Barnes today. @SheldonISD asking people wear purple in honor of the second grader. #abc13 https://t.co/6xiQ5FPbNY pic.twitter.com/AetLm2fllD

Nine days ago, Jazmine was shot and killed in the backseat of her family's car while her mother was driving Jazmine and her two sisters to get juice and coffee for breakfast.

"Justice for Jazmine, of course, but also somehow, someway love will win. We've seen this city through many tragedies. This city has a way of bouncing back and coming together. The message will simply be clear: love will win," said Deckard.

"The reality is that the pain doesn't really go away. But what I've also seen over the last seven to eight days is the outpouring of support and love for the family and the children. I have seen this community come together again like never before," said Mayor Sylvester Turner, who will also address mourners.

Media setting up inside the church for #JazmineBarnes funeral. Viewing starts at at 10. Here’s a look at the inside of the church. #abc13 https://t.co/BYH9VrZCvE… pic.twitter.com/jyaQvtFxxi

The viewing started at 10 a.m. and went until noon. Jazmine's funeral followed immediately after the viewing. The Community of Faith Church is located in northwest Houston at 1024 Pinemont Drive.