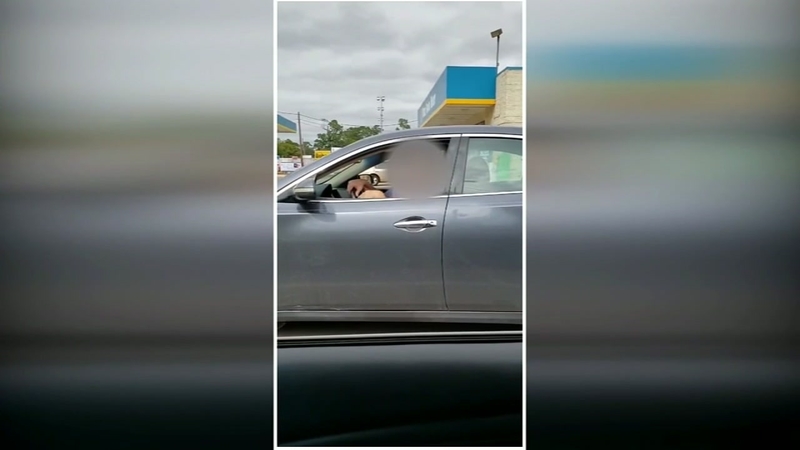 HOUSTON, Texas (KTRK) -- A Spring Branch woman wants to expose the man who hurled a hate-filled rant at her while on the road.

Janet Sadriu was on her way to vote in the Spring Branch area Thursday afternoon when she says a man pulled up next to her and started yelling profanities and racist insults at her.

Her 2-year-old daughter was in the back seat. She recorded some of the rant on her phone.

Sadriu feared for her safety. She filed a report with Houston police. Eyewitness News is not identifying the man, because he has not been charged with a crime. It appears he has deleted his social media accounts and did not respond to a request for comment.

"Take all the pictures you like, (expletive). You're ugly. You need a gay friend to help you with makeup and clothes. Ugly (expletive)," he continued.

The encounter happened at the intersection of Westview and Wirt. Sadriu, a naturalized citizen, still went to vote. She says she has never experienced racism before and made the video public for others who have, but may have been too scared to speak up.

"I think that's the only way this is going to stop. To show people it's not okay to bully. It's not okay to be racist," Sadriu said. "This is 2018. This is a globalized world. We cannot continue to have that attitude."