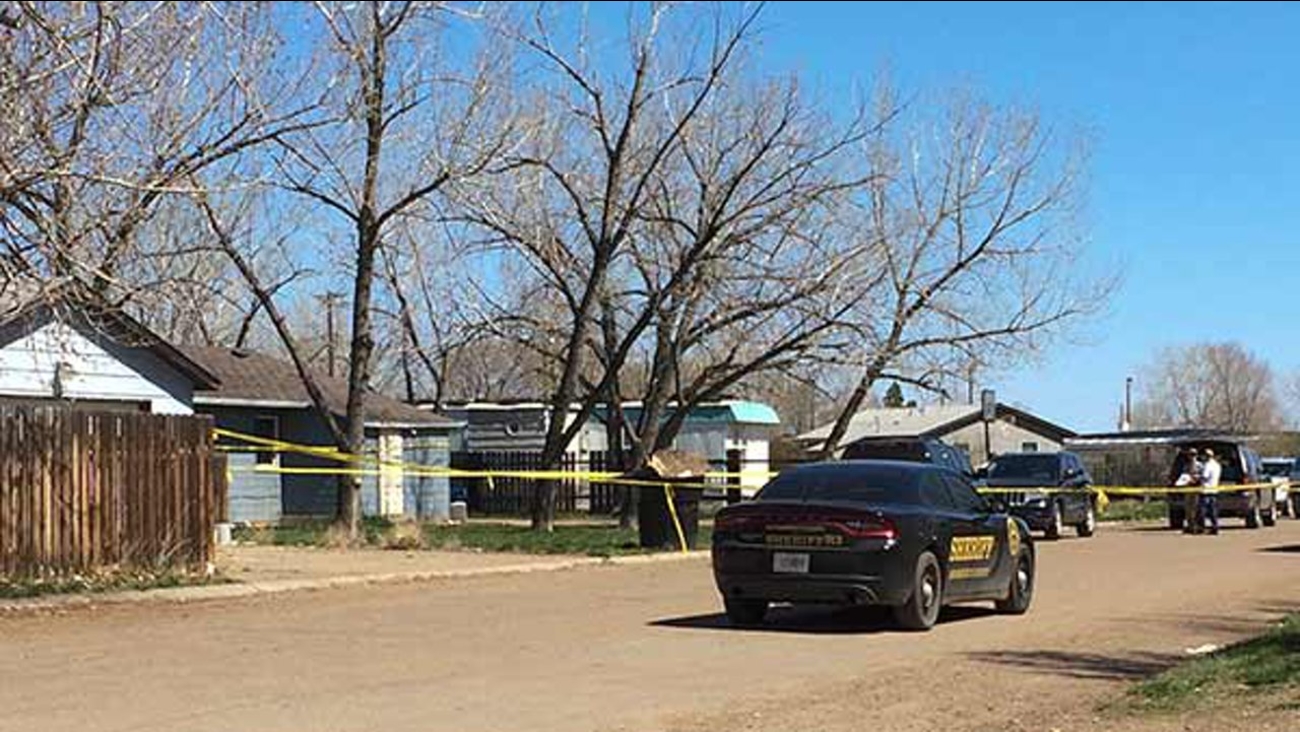 A sheriff's department vehicle is parked outside the house where 1-year-old Kenzley Olson was staying when she was beaten to death on Friday, April 22, 2016, in Poplar, Mont. ((AP Photo/Richard Peterson))

HELENA, Mont. -- A Montana woman abused a 13-month-old girl in her care, used methamphetamine while the child was unconscious and when the girl stopped breathing, put her body in a duffel bag and threw it in a trash can before going home to sleep, federal prosecutors said.

Janelle Red Dog, 43, of Poplar, has reached an agreement to plead guilty to second-degree murder in the April 2016 death of Kenzley Olson on the Fort Peck Indian Reservation, home to about 10,000 members of the Assiniboine and Sioux tribes in northeastern Montana.

U.S. District Judge Brian Morris has set a change-of-plea hearing for May 1 in Great Falls.

Prosecutors were prepared to show that Kenzley was ill and Red Dog was frustrated because she could not get the girl to stop crying, according to an offer of proof filed Thursday. She hit the girl on the head four times, causing her to have a seizure and lose consciousness, court records said.

Red Dog did not seek medical help for Kenzley and instead used meth with a friend. Sometime early the next morning, she decided to take the girl to the hospital. Red Dog said the girl stopped breathing on the way.

"Red Dog, believing (Kenzley) to be dead, disposed of her body by placing her into a duffel bag and throwing the duffel bag in an alley trash can," prosecutors said.

Kenzley died of multiple blunt force injuries, but an exam also noted numerous bruises from head to toe in various stages of healing, suggesting a pattern of continued physical abuse and neglect, an autopsy found.

"It could also not be determined if (Kenzley) was deceased at the time she was placed in the duffel bag, so asphyxia or cold exposure could not be ruled out as contributed to her death," court records said. Kenzley had the flu and was in the beginning stages of pneumonia, the autopsy found.

Red Dog initially reported Kenzley missing on April 19, 2016, and suggested she may have been kidnapped.
Kenzley's death came just weeks after John Lieba II abducted a 4-year-old girl from a park in the reservation town of Wolf Point and sexually assaulted her before trying to kill her. The girl was found several days later. Lieba was convicted earlier this month of kidnapping, aggravated sexual abuse and assault resulting in serious bodily injury. He is scheduled to be sentenced Aug. 3.

The day after making the report, Red Dog confessed and led investigators to the girl's body.

Red Dog had been caring for Kenzley for three to four weeks prior to her death, court records said. Tribal Chairman Floyd Azure has said Kenzley's mother was being held in the tribal jail at the time.

Red Dog's mother, Rhea Starr, said her daughter was caring for Kenzley when no one else would.

"That baby was passed along like yesterday's gossip," Starr told The Associated Press last year.

Azure has said both cases show the impact of meth on the reservation. On Friday, Azure said drug use is still an issue on the reservation, but his department does not have the money and personnel to adequately address it.