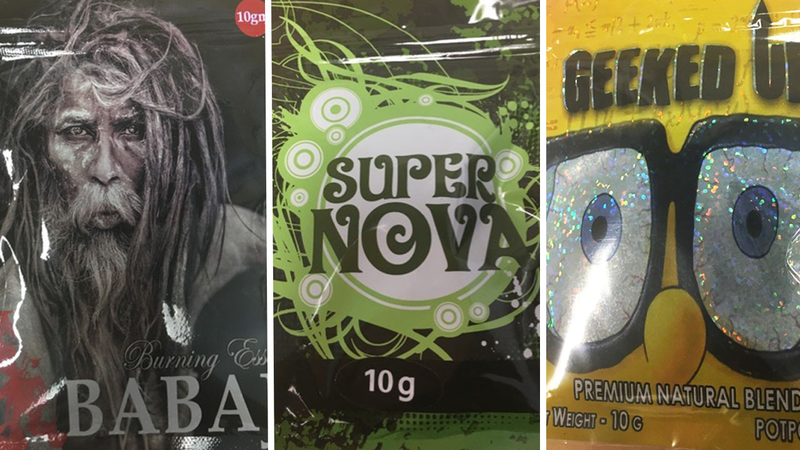 HOUSTON (KTRK) -- The owner of Jams Smoke Shop, Jesse Flores, has been fined $878,000 in civil penalties for selling synthetic marijuana.

Synthetic marijuana, also called "Kush," is a dried leafy substance that is sprayed with added-in hallucinogenic chemicals. While it's often marketed as a "safe" and "legal" alternative to marijuana, synthetic marijuana is dangerous and highly addictive to users. It is illegal in Texas.

"Don't ever smoke this stuff unless you want to completely ruin your life," said former user Nicholas Cirelli. "I've seen people smoke it for the first time and they have completely freaked out. You know, go into a seizure immediately. I ended up in a psych ward due to the substance because I smoked so much of it."

"Things become reality to them that are not real. They become dangerous. They become violent," explained substance abuse counselor Eugene Hall. "In some instances, they may even go into a coma."

In recent years, retail convenience stores and smoke shops have been selling synthetic marijuana under the counter, according to the Harris County Attorney's office.

"The jury's verdict sends a strong message to businesses that choose to sell these dangerous substances to our kids," said County Attorney Vince Ryan. "We will continue to use every tool available to our office to stop the sale of these drugs."

Witnesses testified that customers would stand in long lines at the shop on FM 1960 near Ella Boulevard to buy the drug for $30 to $50 per bag.