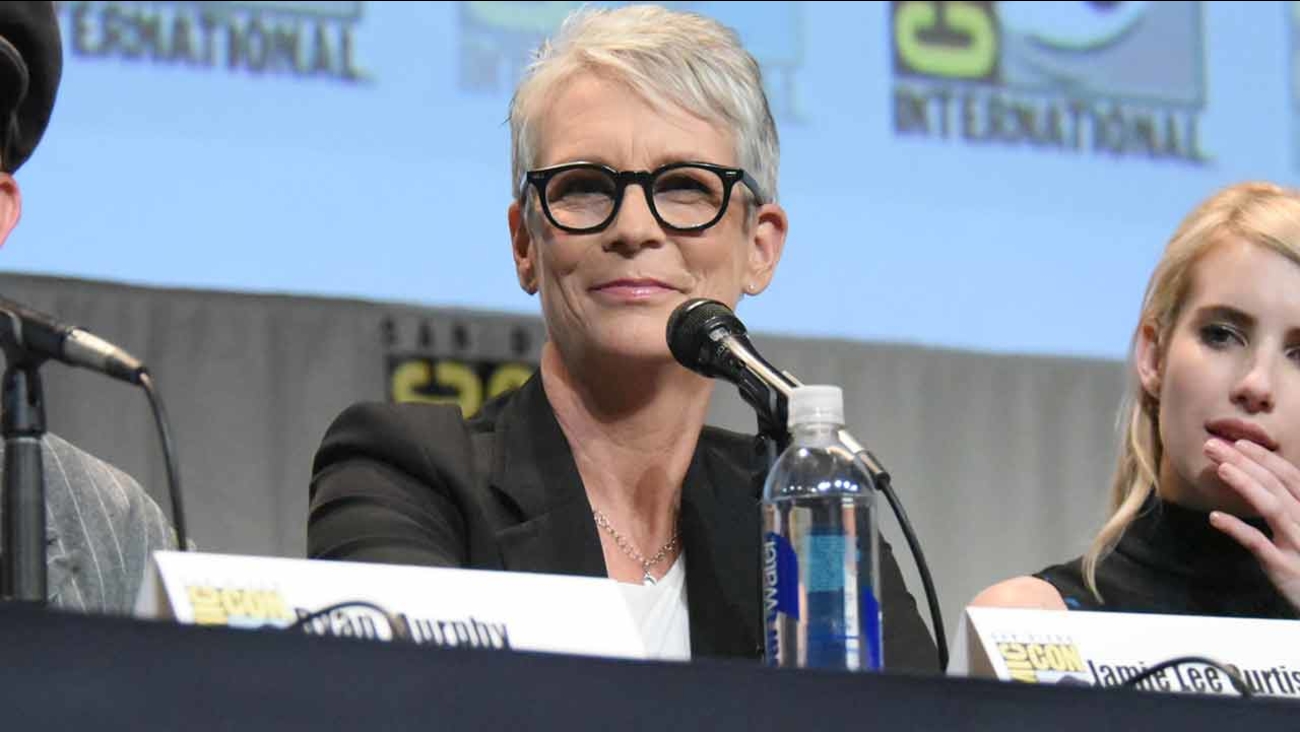 The veteran actress made her inaugural appearance at the pop-culture convention Sunday during a panel for FX's "American Horror Story" and Fox's "Scream Queens," the upcoming horror whodunit starring Curtis as the cutthroat dean of a college where a serial killer is on the loose.

Why hasn't the star of the "Halloween" series ever attended Comic-Con? "I've been selling yogurt that makes you (expletive)," joked the Activia spokeswoman.

"American Horror Story" and "Scream Queens" mastermind Ryan Murphy told the 6,500 fans gathered inside the San Diego Convention Center that he didn't want to make "Scream Queens" if Curtis didn't agree to play Cathy Munsch, a college administrator who takes aim at a posh and exclusive sorority on campus in the show's first episode.

"If you're going to hire Jamie Lee Curtis, you want to see her kicking (expletive) and fighting back," Murphy said. "We're actually writing a scene now where she's fighting three killers."

Curtis, who portrayed survivor Laurie Strode in several "Halloween" films, said she's including a nod to the character. "In episode two, there is a wordless homage I threw in just as my tipping of the hat to all the Laurie Strode fans out there," she said.

Murphy noted that the show's actors don't know the exact identity of the killer and are filming different takes of cast members acting as if they are behind the murders.