Couple charged with having sex with their students 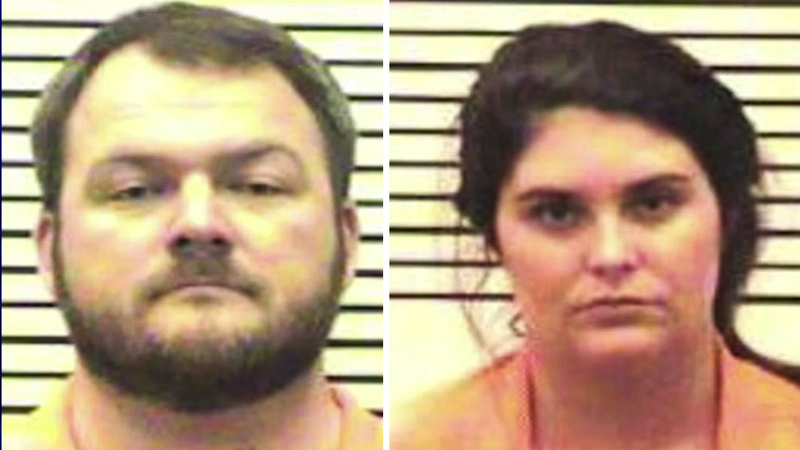 Couple charged with having sex with their students

PICKENS COUNTY, AL (KTRK) -- A couple, who work as teachers at the same school, are accused of doing the unthinkable.

Police in Alabama say both had separate sexual relations with students.

Charli Parker and her husband, James Parker, were booked into the Pickens County Jail and charged with having sex with students.

The couple are teachers and coaches at Pickens Academy in Carrollton, Alabama.

Under Alabama law, a teacher accused of having sex with an underage student is a serious crime.

The law is relatively new, going into effect in 2010, and can carry two to 20 years in prison.

Court documents show Charli Parker's alleged sexual relationship with the male student dates back to October 2014, and happened as recent as March 28th.

In cases like this one, the victim won't see any punishment.
"The student has no liability at all, whether they consent or not, it's the same as statutory rape," Harmon says. "They are cleared, they have not committed a crime but the adult has, the teacher has, the school employee has."

Some of the Pickens County residents we talked to say they are saddened by the recent news and they're shocked that something like this would happen in their community.

"We send our kids to school to get an education, not to be sexually harassed like that," says resident Mark Leavy. "I think they should get a cruel punishment."

The district attorney says the cases against the Parkers are unrelated.

The school's headmaster says both teachers have been suspended.