Amid turmoil, the Rockets welcomed back James Harden to the fold, and head coach Stephen Silas revealed what happened with his disgruntled superstar.

HOUSTON, Texas -- First-year Houston Rockets coach Stephen Silas said he had a "good conversation" with James Harden before the perennial All-Star's first practice of the season Monday, but they did not discuss Harden's reported desire to be traded.

"You can ask him about his commitment and all that sort of thing," said Silas, who has not been in regular communication with Harden, saying recently that he had given the face of the franchise "space" as he pondered his future. "But we had a good conversation. He was locked in. He was asking good questions. He was bringing up good points. We had a good discussion."

Questions for Harden will have to wait, as he opted not to talk to the media Monday. Silas said the plan is for Harden to play in Tuesday's preseason game against the San Antonio Spurs. Harden, who sources say has requested to be traded to the Brooklyn Nets or another contender, reported late to training camp and was not cleared to practice until Monday, after he had tested negative for the coronavirus on six consecutive days.

"We talked basketball," Silas said. "I'm a basketball coach, and he's a basketball player. We talked hoop today. As far as his commitment to what we're doing basketball-wise, he was right there. As far as the rumors and all the other stuff I can't speak to, again, that's another question you'll have to ask of him."

Forward/center P.J. Tucker also participated in Monday's light practice after not joining the team on a weekend trip to Chicago for the Rockets' first two preseason games. He said he has been dealing with a strained calf. Tucker, who is due $8 million in the final season of a four-year, $32 deal, has expressed frustration about not receiving a contract extension from the Rockets.

"It's not even just getting a contract extension," said Tucker, 35, an indispensable role player who has not missed a game during his three-year Houston tenure. "That's not the total goal. The goal is to be in a place where you're wanted. You want to be with who wants you. I think that's what every player wants. Nobody wants to be somewhere that doesn't want them. And there's certain ways to show that, and it's not just contract extensions."

Asked how he would feel about remaining with the Rockets if he doesn't receive a contract extension, Tucker said, "I'll do my job." 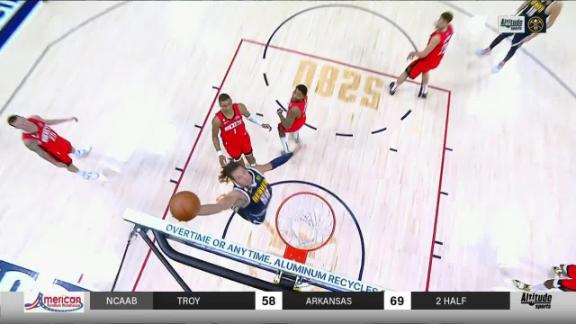 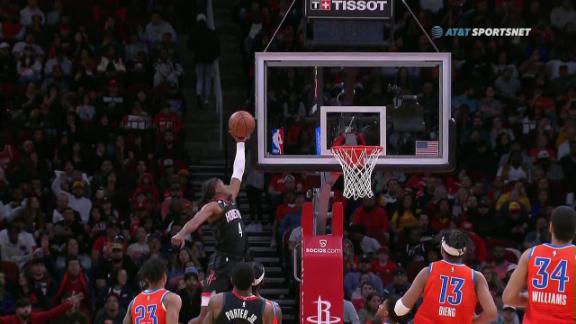