What we know about James Alex Fields Jr., suspected in Charlottesville attack 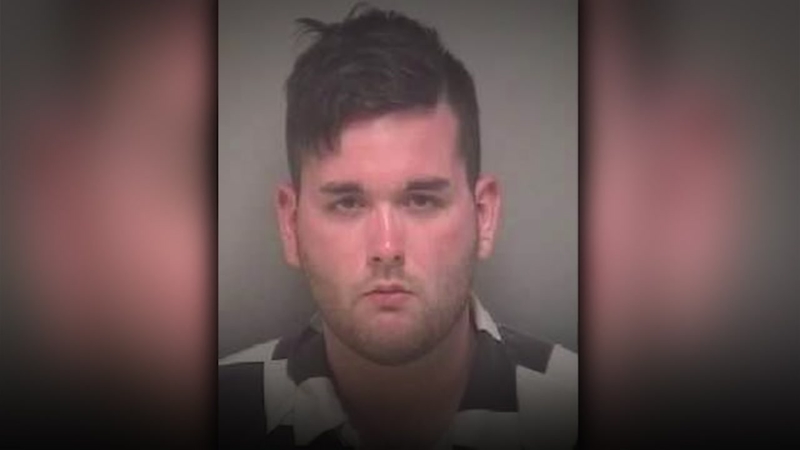 What we know about suspect in Charlottesville attack

FLORENCE, Kentucky -- The young man accused of plowing a car into a crowd of people protesting a white supremacist rally was fascinated with Nazism, idolized Adolf Hitler, and had been singled out by school officials in the 9th grade for his "deeply held, radical" convictions on race, a former high school teacher said.

James Alex Fields Jr. also confided that he had been diagnosed with schizophrenia when he was younger and had been prescribed an anti-psychotic medication, Derek Weimer said in an interview with The Associated Press.

In high school, Fields was an "average" student, but with a keen interest in military history, Hitler, and Nazi Germany, said Weimer, who said he was Fields' social studies teacher at Randall K. Cooper high school in Union, Kentucky, in Fields' junior and senior years.

Police charged Fields with second-degree murder and other counts for allegedly driving his silver Dodge Challenger through a crowd of protesters in Charlottesville, Virginia, on Saturday, killing a 32-year-old woman and wounding at least 19 other people.

The 20-year-old Fields had been photographed hours earlier carrying the emblem of Vanguard America, one of the hate groups that organized the "take America back" campaign in protest of the removal of a Confederate statue. The group on Sunday denied any association with the suspect.

Fields' mother, Samantha Bloom, told the AP late Saturday that she knew her son was going to Virginia for a political rally, but she had no idea it involved white supremacists.

"I just told him to be careful," she said, adding she warned him that if there were protests "to make sure he's doing it peacefully."

"I thought it had something to do with Trump. Trump's not a white supremacist," said Bloom, speaking from the condominium in Maumee, Ohio, where she had lived with her son until he moved out a few months ago.

Weimer recalled that school officials had singled out Fields when he was in 9th grade for his political beliefs and "deeply held, radical" convictions on race and Nazism.

As a senior, Fields wanted to join the army, and Weimer, a former officer in the Ohio National Guard, guided him through the process of applying, he said, believing that the military would expose Fields to people of different races and backgrounds and help him dispel his white supremacist views. But Fields was ultimately turned down, which was a big blow, Weimer said. Weimer said he lost contact with Fields after he graduated and was surprised to hear reports that Fields had enlisted in the army.

"The Army can confirm that James Alex Fields reported for basic military training in August of 2015, said Army spokeswoman Lt. Col. Jennifer Johnson. "He was, however, released from active duty due to a failure to meet training standards in December of 2015," she said.

Fields has been charged with second-degree murder, three counts of malicious wounding and one count related to leaving the scene.