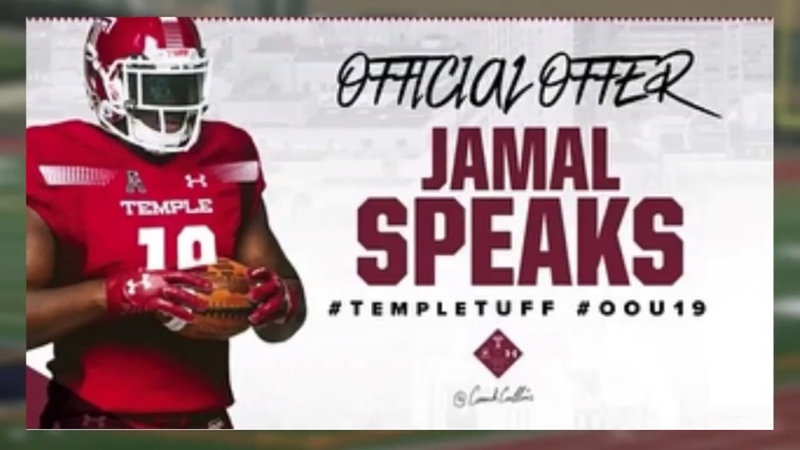 Jamal Speaks, a senior at Ballou STAY Opportunity Academy, was kicked off the team last week amid eligibility concerns about his residency.

Speaks, 18, was ready to take the field for the first time in two years, before Ballou Principal Willie Jackson stopped him and told him he couldn't play.

Residency concerns are common in high school football, but for Speaks, his issue was not having a residence.

The game was delayed 45 minutes after players, coaches and fans protested the decision, but Speaks was ultimately ruled out.

Speaks even had to tell Temple University coaches to not come and watch him play after the controversy, where he holds a full scholarship offer.

After meeting with the principal and clearing his living situation with state's athletic association, Speaks started a fundraiser to help find a permanent living situation.