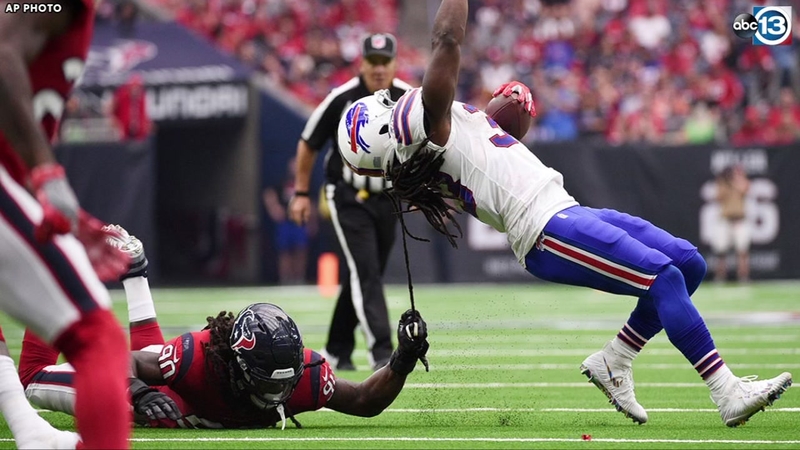 HOUSTON, Texas (KTRK) -- The Houston Texans defensive players have been the big difference-makers in the team's three-game win streak.

A week after holding the Dallas Cowboys to just 16 points over four quarters and overtime, the Texans got a game-winning pick-6 from veteran cornerback Jonathan Joseph in their 20-13 win over the Buffalo Bills on Sunday.

But the big talker of the contest came from defensive stalwart Jadeveon Clowney when he caught Bills running back Chris Ivory by the hair.

In the third quarter and with Buffalo deep in Texans territory, Ivory was handed the ball and heading towards the sideline seemingly ready to take off from behind the line of scrimmage. He just didn't count on the former Pro Bowler chasing him from behind and taking him down by the hair-full.

Ivory, who sports dreads hanging from the back of his helmet, was stopped almost immediately.

As is common knowledge in the NFL, the grab is legal since any hair hanging from a ball carrier is considered part of the player's uniform.

For what it's worth, Clowney similarly sports long dreads, and they're frankly quite glorious looking.