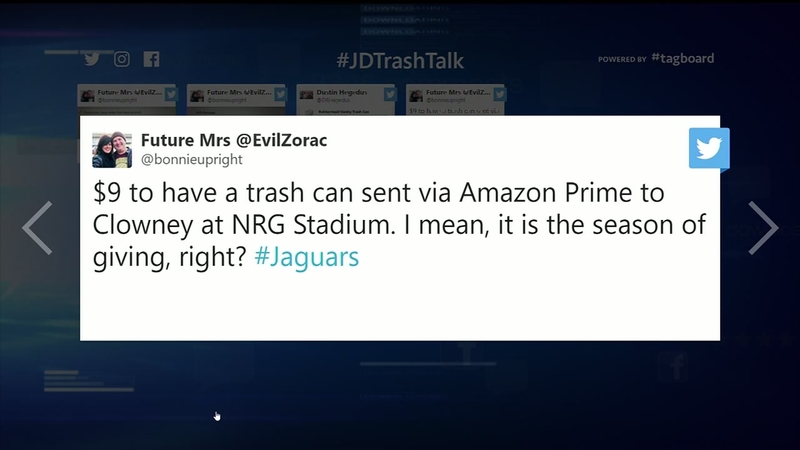 HOUSTON, Texas -- Jaguars fans are taking trash talk to a new level. They're having it delivered.

"I was respectful. I didn't go at (Clowney) personally. Didn't say anything hateful or mean. I just wished him a merry Christmas from a trash-loving Jaguars fan."