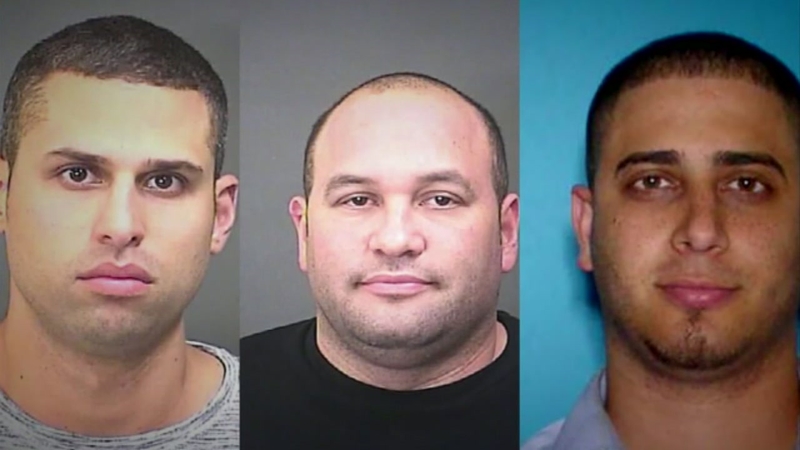 Trio accused of 'jackpotting' Baytown ATM of thousands in cash

BAYTOWN, Texas (KTRK) -- Three men have been indicted for trying to "jackpot" an ATM in a new crime trend that's hitting the Houston area.

Juan Carlos Navarro Miranda, 35; Jose Angel Diaz Toledo, 40; and Manuel A. Medina, 37, have been charged with breaching a computer security and attempted theft of an ATM.

According to Baytown police, they were caught in the act of jackpotting at an Amegy Bank automatic-teller machine on Garth Road last month.

Jackpotting is a hacking scheme that forces ATMs to shoot out cash. The crooks often install malware to make it happen, says Baytown Lt. Steve Dorris.

Miranda and Toledo were arrested at the scene. They were wearing fake uniforms in an attempt to pass themselves off as technicians, said Dorris.

Medina, who has a New Jersey driver's license, was able to get away and is now a fugitive.

It's the first "jackpotting" case in Baytown. Only recently have there been similar attacks on ATMs in the United States, prompting the U.S. Secret Service to warn banks about the scheme.

The new Cyber Crimes Unit of the Harris County District Attorney's Office is prosecuting the cases.

Investigators said Manuel Medina is wanted in an attempted "jackpotting" in Baytown.