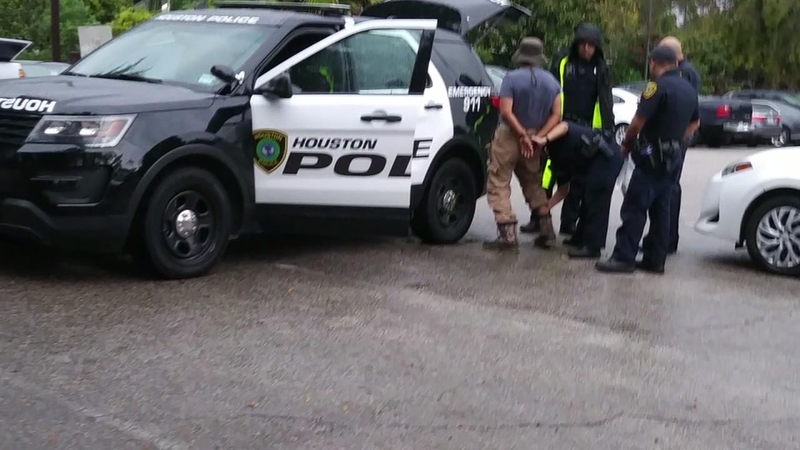 Campaign worker arrested outside of a polling location.

HOUSTON, Texas -- Allegations during campaign season are nothing new but do not often rise to the level of someone getting arrested.

Ruby Ramirez and other Garcia volunteers were working the polls at Moody Park when they say a volunteer from the Morman campaign threatened them with a knife and a screwdriver.

"When he walked to his truck and turned around, and he went into his pocket and went like that to me and he was flipping the knife," Ramirez said.

Today, Ramon says he did not threaten anyone, telling us he supports Morman because he's the better candidate, and Garcia knows he's losing.

When Ramon was asked about the screwdriver he said, "It's going to come out, in the court, but absolutely not. Absolutely not. There's witnesses to this."