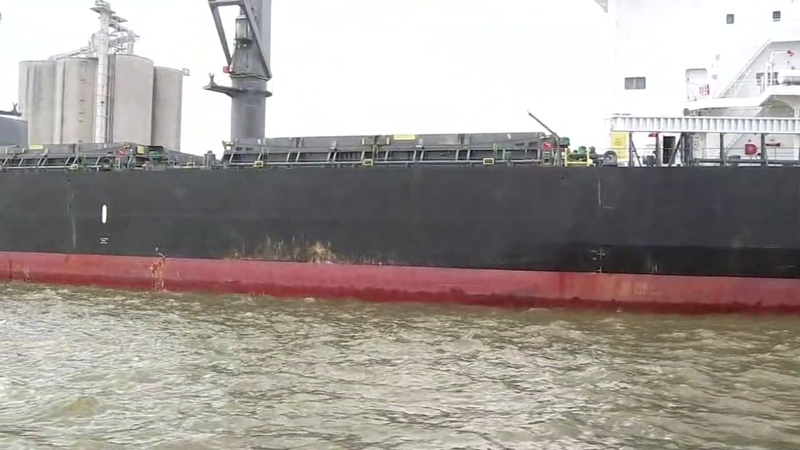 Skimmers and vacuum vessels are just of the ships that are responding to oil spill in the ship channel.

DEER PARK, Texas (KTRK) -- The U.S. Coast Guard has deployed as many as 90 vessels to contain, clean and control an oil spill in the ship channel.

The oil leaked after a fire damaged or destroyed several storage tanks at the ITC facility in Deer Park.

The Coast Guard gave the media a tour of the area to show how clean-up operations are going.

The Coast Guard says they inspect every ship that heads out of the ship channel, so it doesn’t contaminate any other water. @abc13houston pic.twitter.com/bxoGlsr9Cl

There are 33 skimmers and 20 vacuum vessels working in several areas around the ship channel, according to the Coast Guard.

"You may see some areas where there's a light sheen but the bulk of the oil, right now the weather, it shifted to the north and east side of the Houston ship channel," said Oditt.

The Coast Guard is also inspecting outgoing ship traffic to make sure no ship spreads the oil beyond the containment area.