13 Investigates: ITC in control but out of good options 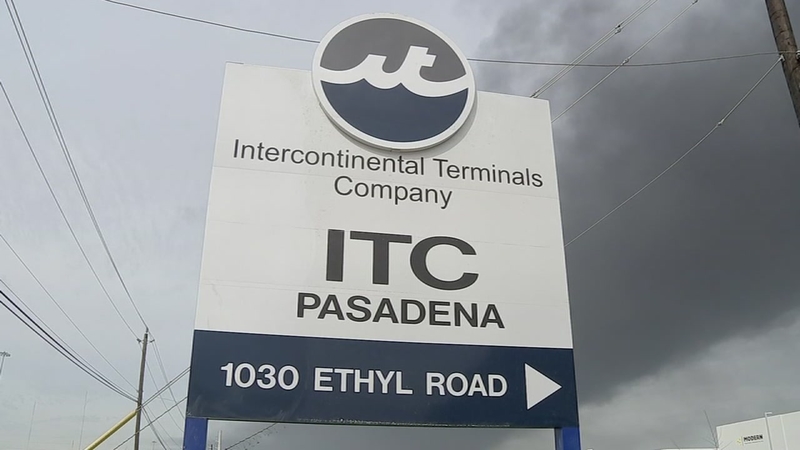 Under Texas law, ITC is in command of the fire, but they also have to foot the bill, Ted Oberg explains.

DEER PARK, Texas (KTRK) -- Smoke from the three-day-old fire at Intercontinental Terminal Company's Deer Park tank farm is visible as far away as San Antonio, but the fire itself is entirely within ITC's property and that means ITC is in control of fighting it.

The company is bringing in the resources, most from other oil companies, not necessarily city or county fire departments. Alice Richardson, the company's spokesperson, told reporters, "Additional resources including a specialty third-party firefighting team and their equipment have arrived on scene." Some of them are from as far away as Louisiana.

When government assets are used, ITC will pay for that too. The bill from the Harris County Fire Marshall could be as high as $1,200 per hour according to Harris County policy.

The response isn't without criticism. Harris County Precinct 2 Commissioner Adrian Garcia said Tuesday, "I'm concerned about ITC's response and I'm urging them not to waste any time asking for help to put this thing to rest."

NO TIMELINE AND NO MORE GOOD OPTIONS

13 Investigates asked the University of Houston's Ramanan Krishnamoorti, an expert in chemical plant safety, if the company had shortchanged the response effort? "I don't think that's the case," Krishnamoorti said, "but the best chance of putting out the fire was perhaps when they had one, one tank."

The fire spread at one point to ten tanks, putting the effort in a defensive posture at best. The company admits the only tanks that have gone out burned themselves dry. Overnight Tuesday, two new tanks caught fire. Another caught fire Tuesday afternoon. Still, others are close by and contain flammable chemicals. Firefighting efforts are at this point only trying to contain the spread - and even that isn't guaranteed.

Letting the fire burn out appears to be only option for Deer Park firefighters. Ted Oberg reports.

"I cannot say with a degree of certainty (it won't spread)." ITC's Richardson told ABC13, "I can say that ... we're doing everything humanly possible to protect them and to protect all of our community."

Monday, ITC suggested the fire could be out by Wednesday morning. Now that timeline's gone, according to Harris County's Fire Marshall Laurie Christensen.

"I'm not going to give you a timetable because as we know, overnight it has changed," Christensen said.

Back at UH and overlooking the growing plume, ABC13 asked Krishnamoorti how many good options are left for fighting the fire?

"Not very many, not very many. And that's really the tragedy of the situation is you don't have very many good options."

FOAM IS LIMITED IN EFFECTIVENESS

He says the foam the company is using is the best option but even that isn't real good.

"Think about it like this, you know, you've got soap in your kitchen and you're using this, and you put hot water on it. The moment you put hot water, you notice that that starts to break down. The same type of idea (at the fire). You've got a hot fuel there, you're adding foam to it. It kills the oxygen supply to the fuel, but very quickly that form degrades."

Adding unlimited foam is not advisable as water from the foam could fill the protective berm around the flaming tanks and spread fire.

It's unclear if government firefighters would do anything differently or on a larger scale. The company is still in control.

"Have we put too many eggs in the company's basket and allowing them to control all of this?" 13 Investigates' Ted Oberg asked Krishnamoorti. "I think that is enough oversight. I think there's significant oversight. Can we do better? I think they certainly can. I think there'll be a serious investigation of what caused this fire."