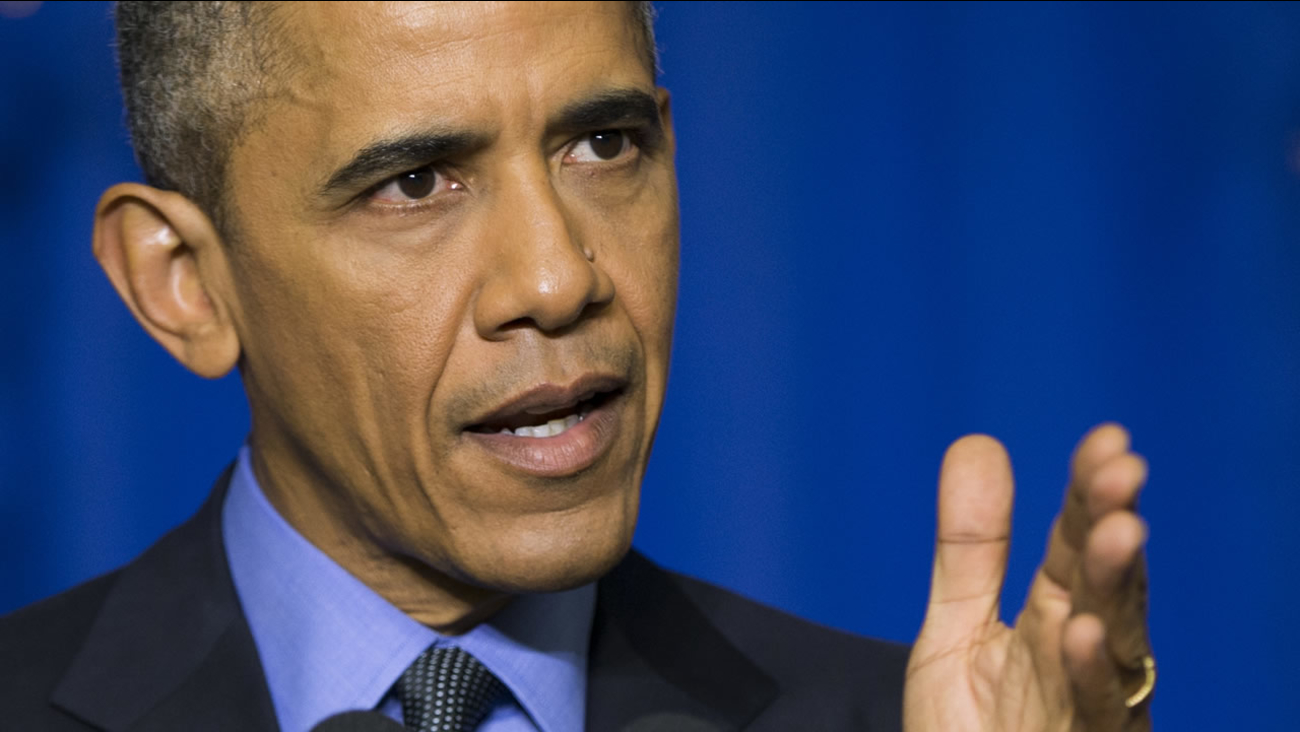 President Obama speaks during a news conference at the Organization for Economic Cooperation and Development Centre, in Paris, on Tuesday, Dec. 1, 2015. (AP Photo/Evan Vucci)

Obama says the group's leaders cannot hide, and the group is losing territory. Obama also says the U.S. strategy of hunting down leaders, training forces and stopping the group's financing and propaganda is progressing.

The president made the remarks after meeting with his national security team at the Pentagon on Monday. The rare meeting outside the White House is part of a public relations drive to ease public worries about domestic terrorism ahead of the holidays.