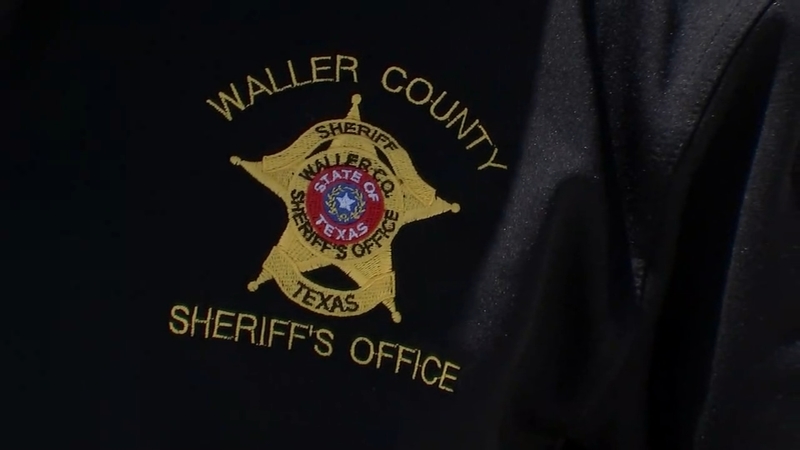 Is there someone impersonating deputies? Waller Co. investigating

WALLER COUNTY, Texas (KTRK) -- Drivers in Waller County, listen up. Authorities are urging you to watch out for anyone posing as a police officer trying to pull you over.

This comes after an incident that happened to a woman in the Hockley area. The victim, who did not want to be identified, said she's OK and wasn't harmed. She is, however, traumatized.

"Not driving anywhere. Haven't slept in 72 hours. So tired. All I see is the gun being pointed over and over and over," she told ABC13 in an emotional interview.

It's hard for her to talk about what happened on Joseph Road near FM 1488. She said she was headed to a relative's house around 10 p.m. Saturday when an unmarked black Dodge Charger blew by her with flashing lights on. That driver quickly turned around, shut the lights off, then pulled up right behind her with the lights back on.

Like any of us would, she pulled over, thinking it was a deputy or officer.

"I was sitting there. That's when I heard, 'Get the F out of the car', and that's when I saw the gun pointed at my head," she said.

She didn't wait around to see what would happen next and took off. Her action is something Waller County Sheriff Troy Guidry said was the right thing to do. He said all of the sheriff's office vehicles are marked.

"If you feel like this is not a true police officer, hazards on, drive to a safe location, don't stop and we'll come to your aid," he said.

Right now, no one knows what the accused impersonator wanted, but word is spreading quickly. On Wednesday morning, a witness in the Brookshire area called in and said they saw a black Charger with red and blue lights pulled over. A man got out, noticed there were other cars approaching and got back in the vehicle.

We don't know if the two are connected, but law enforcement wants you to stay alert. There are standards and protocols that should be followed.

"You should be greeted upon a traffic stop, politely, advised of what your violation was, and move forward from there," Sheriff Guidry said.

The suspect's vehicle is described as dark colored or black Dodge Charger, unmarked with red and blue lights on the inside. The suspect is described as a white man - possibly between 5 feet 8 inches and 6 feet tall, who was wearing dark clothing.

If you see something suspicious or think you see the law enforcement impersonator, call Waller County Crimestoppers at 979-826-8266.