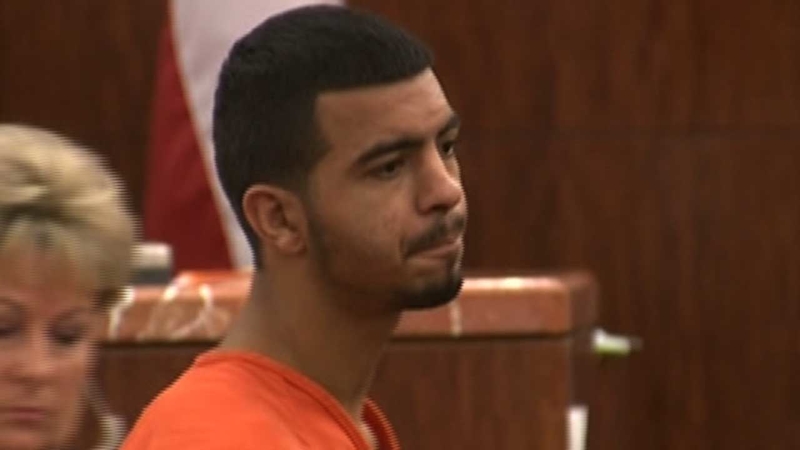 HOUSTON -- We're learning more about the charges against a family accused of killing two people.

Nasim Irsan was in court today. He 's accused of conspiring to murder his sister's husband and best friend. A traffic stop was a key clue in the case.

In court today, prosecutors revealed that on the day Bagherzadeh waskilled, a witness saw a small silver car leaving the scene in the Galleria area. Forty-four minutes after the killing, Ali Irsan, who was driving a silver Toyota Camry, was pulled over and given a warning for speeding near Rayford Sawdust. His wife and son were reportedly in the car with him when he was stopped.

Prosecutors also said ballistics of a firearm from the Irsans' property in Montgomery County match those found at the crime scene, and that writings were found on the property that had Galareh's address and license plate number.

"These two murders were part of a conspiracy orchestrated by the defendant, Ali Irsan, to hunt down and cause harm to his daughter, Nesreen, and those close to her because he believed that she and others, including the two victims, had violated his honor as a Muslim," Anderson said. "So he planned and executed the murder of his daughter's husband and his daughter's best friend."

According to the document, Nesreen Irsan, his daughter met Beavers through his twin brother, who was a classmate at MD Anderson where she and her sister were studying to earn medical science degrees. Nadia Irsan, who now faces a stalking charge, told her father about her sister's relationship, which investigators say enraged him.

Today, the judge also asked that all defendants in the case appear in her court next week.