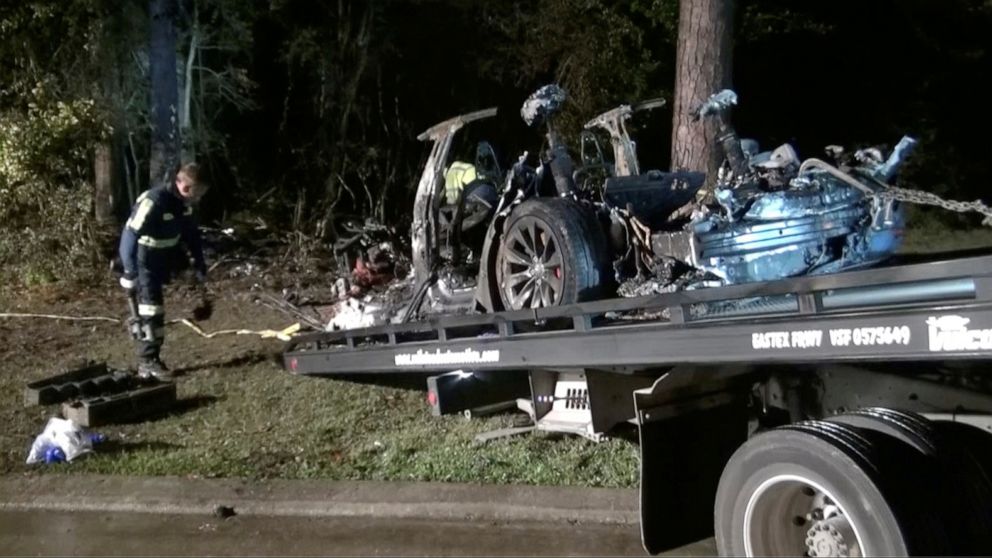 Two federal transportation agencies announced Monday they are sending teams to probe the fiery Tesla crash in Texas that left two people dead this past weekend.

The National Transportation Safety Board (NTSB) said it is sending two investigators to the area in coordination with local authorities to conduct a safety examination. The NTSB added that its investigation "will focus on the vehicle's operation and the post-crash fire" and its workers are arriving at the scene Monday.

"We are actively engaged with local law enforcement and Tesla to learn more about the details of the crash and will take appropriate steps when we have more information," the NHTSA added.

Local authorities have said there is no indication that anyone was in the driver's seat at the time of the crash and that the fire it caused took over four hours to extinguish.

The crash took place around 9 p.m. on Saturday in a suburb of Houston and involved two men who were inside a 2019 Tesla Model S, according to Harris County Precinct 4 Constable Mark Herman.

The two victims, aged 59 and 69, have not been identified by authorities.

Neither was in the driver's seat of the vehicle at the time of the crash, police said. The vehicle has an autopilot option.

One of the victims was found in the front passenger seat and the other in the backseat.

The two men had dropped off their wives at a nearby house earlier on Saturday and said they were going to take a ride in the Tesla, Herman told ABC News. The men were touting the electric car's features, he said.

Based on the evidence at the scene, the car was speeding when it lost control and landed more than 100 feet from the road, Herman said. The car then exploded and firefighters spent four hours and used more than 30,000 gallons of water trying to drown the flames.

The battery acid from the car was highly flammable and made the fire extremely difficult to contain, according to Herman. Eventually, the firefighters had to let the fire burn itself out.
Report a correction or typo
Related topics:
abc newsnational
Copyright © 2021 ABC News Internet Ventures.
More Videos
From CNN Newsource affiliates
TOP STORIES