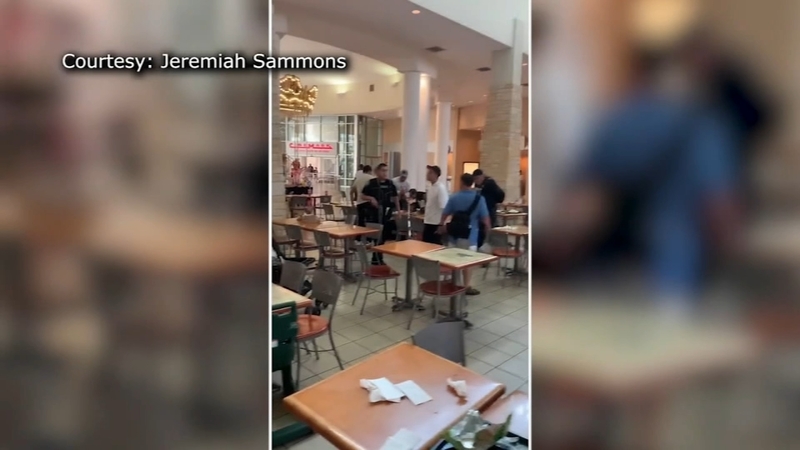 Shoppers describe their fight to safety during mall scare

HOUSTON, Texas (KTRK) -- Thousands of terrified shoppers poured out of Memorial City Mall Sunday afternoon, as reports of an active shooter spread through the massive complex.

HPD determined there was no shooter, no weapon discharged, and later ruled out firecrackers that sent a mob of customers running for the nearest exit.

"I saw people pulling their kids out of strollers. There were empty wheelchairs where the people were carried out by their families," said Jeremiah Sammons. "I led people to the Apple Store that has bulletproof glass where we waited."

A woman and her teenage son sustained minor injuries after they were knocked down in the stampede.

Shoes and sandals could also be seen in the mall, lost in the rush to leave. Mohamed Mabizari had only one flip flop when he emerged from the building, after pulling his sister out of the crush of people.

"Once we got to the parking lot, people started running again. We weren't sure if it was an active shooter who somehow got out of the building, and so we just got to the nearest plaza and sat there," he said.

The anchor stores at the mall reopened this evening, but the parking lots were largely empty. Security vehicles made frequent rounds on the property.

"It's tax-free weekend, when families are shopping for students to get them ready for school," said Zainae Mabizari. "You don't expect anything like this to happen."