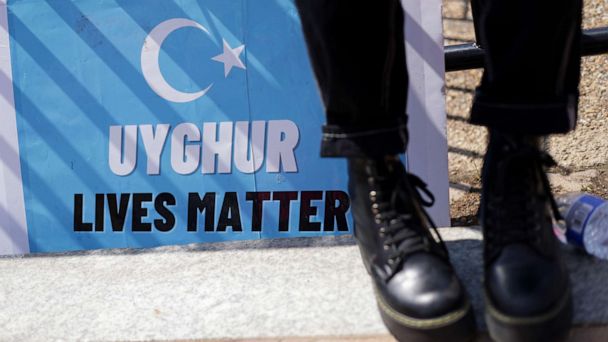 "Muslims living in Xinjiang may be the most closely surveyed population in the world," Jonathan Loeb, senior crisis adviser with Amnesty International, told reporters.


In conjunction with the announcement, the organization released a 160-page report claiming Uighurs and other Muslim minorities living in Chin's Xinjiang province "face systematic state-organized mass imprisonment, torture and persecution amounting to crimes against humanity."

Amnesty International is an international non-governmental organization focused on human rights and headquartered in the United Kingdom. The organization says it has been investigating alleged atrocities taking place in Xinjiang for years.

The report quotes dozens of new testimonies from Turkic Muslims who say they were detained in China's so-called "vocational centers," where they were allegedly subject to torture. Women, in particular, claim they were subject to forced sterilization -- or forced birth control.

Another report concluded that Chinese birth-control policies could prevent up to 4.5 million births of Muslim minorities living in Xinjiang over the next 20 years.

China's Xinjiang province has received increased attention from journalists and human rights organizations over the last several years. Up to 3 million Turkic Muslims are, or have been, detained in these "vocational centers" throughout the region, according to the U.S. State Department and human rights activists.


The Chinese government does not deny the existence of these facilities, but instead says they are part of "anti-terrorism and de-radicalization efforts in Xinjiang in accordance with the law to protect people's lives."

Some Western countries, like the United States, have accused China of genocide in Xinjiang.

The alleged camp survivors who spoke to Amnesty International say they were first interrogated at Chinese police stations, where they had their biometric and medical data recorded before being transferred to a camp.

They claim they were put in "tiger chairs" - a medieval device designed to inflict pain whenever its occupant moves. ABC News has spoken to more than a dozen survivors who described being subject to the same type of chair in a Chinese prison.


Other groups have commended Amnesty International's investigation and conclusions.

"It's utterly devastating testimony -- it again underscores the urgent need for an independent investigation under UN auspices into Chinese government crimes against humanity targeting Uyghurs and other Turkic communities," said Human Rights Watch China Director Sophie Richardson. "No governments -- especially powerful ones -- should get away with human rights crimes."

The report outlines a strategy taken by the Chinese government to erase Islamic culture and tradition -- deeming most practicing Turkic Muslims in the region as extremists.

Out of fear of imprisonment or worse, most people in Xinjiang have stopped praying or showing any outward signs of observing Islam, according to the Amnesty International report. This extends to dress, grooming and even speech.