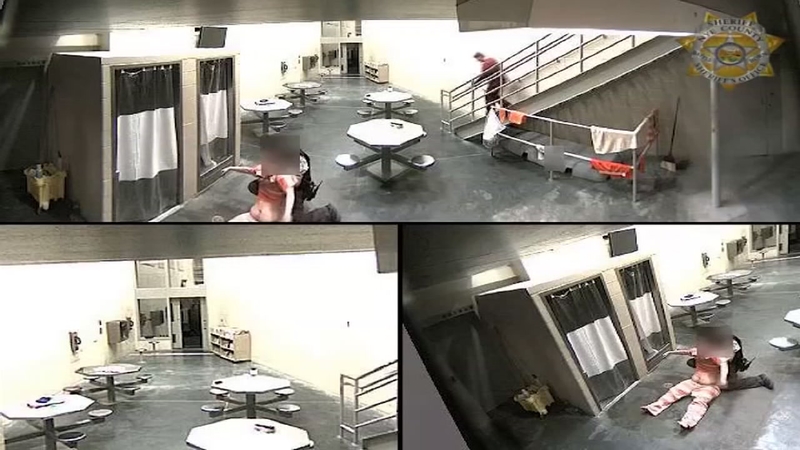 Deputies at Nevada prison credited for saving inmate who jumped

PAHRUMP, Nevada (KTRK) -- Deputies at a Nevada prison are being credited with saving an inmate who jumped from a second floor balcony.

In video released by officials, you can see the inmate climbing over the railing.

A deputy can be seen running up the stairs to try and stop the inmate. Although the inmate managed to jump from the balcony, another deputy was able to catch the inmate and break the fall.