Here's what's in the latest version of the bipartisan infrastructure bill 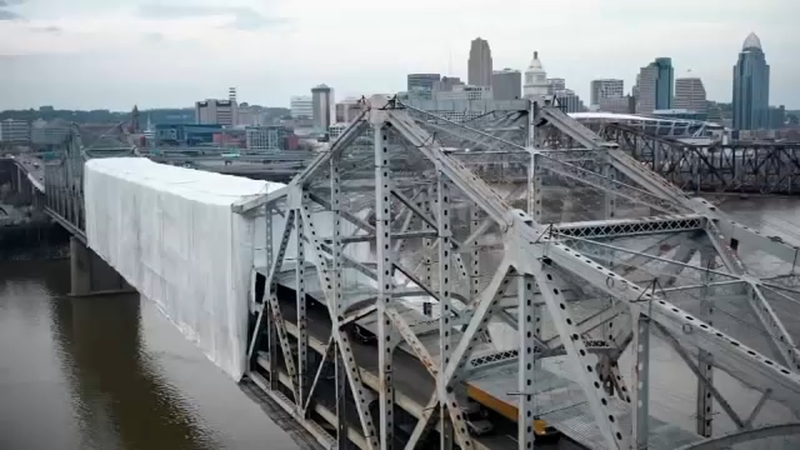 WASHINGTON -- The Senate passed a massive bipartisan infrastructure bill in early August after months of negotiations.

In total, the deal includes $550 billion in new federal investments in America's infrastructure over five years.

However, the package would add $256 billion to the deficit over the next 10 years, the Congressional Budget Office said in a report.

The bill must be approved by the House before it can head to President Joe Biden's desk, CNN reported. But House progressives don't want to vote on the bipartisan infrastructure legislation before also voting to pass a separate $3.5 trillion spending bill that would remake a lot of the country's social safety net system -- and also likely raise taxes on the wealthy and corporations.

The infrastructure package is far short of the $2.25 trillion proposal that Biden unveiled in March. That measure, known as the American Jobs Plan, included money for roads, bridges and public transportation, but it drew criticism from many Republicans for also making investments in areas not traditionally considered infrastructure, such as caregiving for aging Americans and workforce training. A lot of those provisions ended up in the separate spending bill.

Here's what we know so far about the latest version of the infrastructure package, according to the CBO report, an updated fact sheet provided by the White House, as well as the bill text and 57-page summary.

Funding for roads and bridges

The deal calls for investing $110 billion for roads, bridges and major infrastructure projects, according to the summary. That's about the same amount agreed to in a bipartisan bill in June but significantly less than the $159 billion that Biden initially requested in the American Jobs Plan.

Included is $40 billion for bridge repair, replacement and rehabilitation, according to the bill text. The White House says it would be the single, largest dedicated bridge investment since the construction of the interstate highway system, which started in the 1950s.

The deal also contains $16 billion for major projects that would be too large or complex for traditional funding programs, according to the White House.

The investments would focus on climate change mitigation, resilience, equity and safety for all users, including cyclists and pedestrians.

Also included in the package is $11 billion for transportation safety, including a program to help states and localities reduce crashes and fatalities, especially of cyclists and pedestrians, according to the White House. It would direct funding to highway, truck and pipelines and hazardous materials safety efforts.

And it contains $1 billion to reconnect communities, disproportionately Black neighborhoods, that were divided by highways and other infrastructure, according to the White House. It will fund planning, design, demolition and reconstruction of street grids, parks or other infrastructure.

Money for transit and rail

The package would provide $39 billion to modernize public transit, according to the bill text. That's less than the $49 billion contained in the earlier bipartisan deal and the $85 billion that Biden initially wanted to invest in modernizing transit systems and help them expand to meet rider demand.

The funds would repair and upgrade existing infrastructure, make stations accessible to all users, bring transit service to new communities and modernize rail and bus fleets, including replacing thousands of vehicles with zero-emission models, according to the White House.

The deal would also invest $66 billion in passenger and freight rail, according to the bill text. The funds would eliminate Amtrak's maintenance backlog, modernize the Northeast Corridor line and bring rail service to areas outside the northeast and mid-Atlantic regions, according to the White House. Included in the package is $12 billion in partnership grants for intercity rail service, including high-speed rail.

The funding is the same as in bipartisan framework but less than the $80 billion Biden originally wanted to send to Amtrak, which he relied upon for decades to get home to Delaware from Washington, DC.

It would be the largest federal investment in public transit in history and in passenger rail since the creation of Amtrak 50 years ago, according to the White House.

The bill would provide a $65 billion investment in improving the nation's broadband infrastructure, according to the bill text.

It also aims to help lower the price households pay for internet service by requiring federal funding recipients to offer a low-cost affordable plan, by creating price transparency and by boosting competition in areas where existing providers aren't providing adequate service. It would also create a permanent federal program to help more low-income households access the internet, according to the White House fact sheet.

The deal would invest $17 billion in port infrastructure and $25 billion in airports to address repair and maintenance backlogs, reduce congestion and emissions near ports and airports and promote electrification and other low-carbon technologies, according to the White House.

It is similar to the funding in the bipartisan deal and Biden's original proposal.

The bill would provide $7.5 billion for zero- and low-emission buses and ferries, aiming to deliver thousands of electric school buses to districts across the country, according to the White House.

Another $7.5 billion would go to building a nationwide network of plug-in electric vehicle chargers, according to the bill text.

The bill would invest $65 billion to rebuild the electric grid, according to the White House. It calls for building thousands of miles of new power lines and expanding renewable energy, the White House said.

It would provide $55 billion to upgrade water infrastructure, according to the bill text. It would replace lead service lines and pipes so that communities have access to clean drinking water, the White House said.

Another $50 billion would go toward making the system more resilient -- protecting it from drought, floods and cyber attacks, the White House said.

The bill would provide $21 billion to clean up Superfund and brownfield sites, reclaim abandoned mine land and cap orphaned gas wells, according to the White House.

How Congress will pay for it

The White House and Congress have been looking at a multitude of measures that would pay for the proposal.

But while lawmakers claim the bill pays for itself, the CBO score found it would instead add billions of dollars to the deficit over 10 years.

The bottom line is that the legislation would directly add roughly $350 billion to the deficit, when taking into account $90 billion of spending in new contract authority, said Marc Goldwein, senior vice president at the Committee for a Responsible Federal Budget, a nonpartisan group that tracks federal spending.

The CBO brushed aside several major provisions that lawmakers said would help pay for the bill, such as repurposing certain unused Covid relief funds and using the savings generated by certain states terminating pandemic unemployment benefits early. The agency found these measures would provide roughly $22 billion in savings, rather than the roughly $263 billion claimed by lawmakers, Goldwein said.

Also, the report found that the Federal Communications Commission's spectrum auctions would generate far less than the $87 billion originally claimed by lawmakers.

The CBO also said that the bill would raise about $50 billion by imposing new Superfund fees and changing the tax reporting requirements for cryptocurrencies, among other measures.

According to the bill text and the 57-page summary of the bill released last week, lawmakers leaned heavily on repurposing unused Covid relief funds to pay for the legislation. The bill text lists savings from rescinding unobligated appropriations for the Economic Injury Disaster Loan program for small businesses and nonprofit groups, the Paycheck Protection Program, the Education Stabilization Fund and relief for airline workers, among others.

Another item in the bill text is $53 billion that stems in part from states opting to terminate the pandemic unemployment benefits early to push the jobless to return to work. Some 26 states announced that they would stop at least one of the federal unemployment programs before they are set to end in early September -- though Indiana and Maryland have had to continue the payments after losing court battles. Also, the Congressional Budget Office reduced its forecast for the unemployment rate because of the improving economy.

More savings would come from delaying a controversial Trump administration rule that would radically change how drugs are priced and paid for in Medicare and Medicaid until 2026, at the earliest. The measure would effectively ban drug makers from providing rebates to pharmacy benefit managers and insurers. Instead, drug companies would be encouraged to pass the discounts directly to patients at the pharmacy counter. It is currently expected to go into effect in 2023. The summary lists the savings as $49 billion and the CBO report as nearly $51 billion.

Also, the infrastructure proposal relies on generating $56 billion in economic growth resulting from a 33% return on investment on the long-term projects, according to the summary.

Biden said in a statement that the bill won't raise taxes on people making less than $400,000 a year and does not include a gas tax increase or fee on electric vehicles. He initially called for raising taxes on corporations to fund the infrastructure investments -- but that proposal did not make it into the latest package after strong opposition from Republicans.

The deal leaves out Biden's proposal to spend $400 billion to bolster caregiving for aging and disabled Americans -- the second largest measure in the American Jobs Plan.

His proposal would have expanded access to long-term care services under Medicaid, eliminating the wait list for hundreds of thousands of people. It would have provided more opportunity for people to receive care at home through community-based services or from family members.

It would also have improved the wages of home health workers, who now make approximately $12 an hour, and would have put in place an infrastructure to give caregiving workers the opportunity to join a union.

Also left on the sideline: $100 billion for workforce development, which would have helped dislocated workers, assisted underserved groups and put students on career paths before they graduate high school.

The deal also leaves out the $18 billion Biden proposed to modernize the Veterans Affairs hospitals, which are on average 47 years older than a private-sector hospital.

What's also out is a slew of corporate tax hikes that Biden wanted to use to pay for the American Jobs Plan but that Republicans staunchly opposed.

Biden's original proposal called for raising the corporate income tax rate to 28%, up from the 21% rate set by Republicans' 2017 tax cut act, as well as increasing the minimum tax on US corporations to 21% and calculating it on a country-by-country basis to deter companies from sheltering profits in international tax havens.

It also would have levied a 15% minimum tax on the income the largest corporations report to investors, known as book income, as opposed to the income reported to the Internal Revenue Service, and would have made it harder for US companies to acquire or merge with a foreign business to avoid paying US taxes by claiming to be a foreign company.