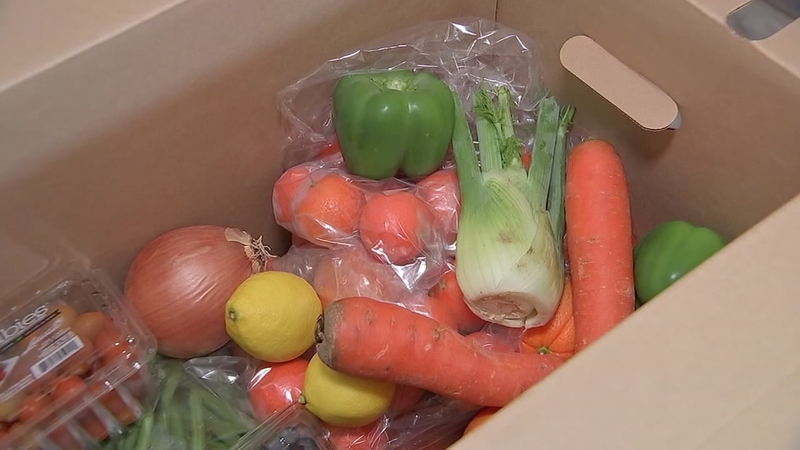 From a scarred apple to a misshapen bell pepper, there are fruits and vegetables that never make it to your grocery store because they don't look so pretty.

Now, there's a service launching in Houston to keep the "Imperfect Produce" from going to waste, saving you money and also helping local farmers.

Twenty billion pounds of fruits and veggies go to waste on farms every year, according to Imperfect Produce. They are on a mission to change that in 15 cities across the country including San Antonio, Austin, and now Houston.

"We're a social mission company. Our goal is to really work with farmers to take every bit of imperfect produce and get a full harvest out of their fields. Imperfect Produce could be wonky produce stuff that looks funny," said Neil Neufeld, Head of Operations at Imperfect Produce.

Erika Lopez jumped at the chance to try the service.

"When I heard about Imperfect Produce, I thought it was the best idea ever. I've always wanted to purchase organic produce, but when you go to the grocery store it's so expensive," said Lopez.

With Imperfect Produce, you create your own box or you can choose from four variations at a cost 30 percent less than what you'll pay in the grocery store. Prices vary, but you can get a small seven to nine pound box of mixed fruit and veggies for $13 or the extra-large 25 pound box for roughly $27.

Keep in mind, imperfection does not mean poor quality.

"Every item you choose, it tells you why they are selling it. Was there a surplus? Are there any imperfections with this? Normally it's an odd shape. They're not going to send you anything that's not edible," said Lopez.

What about the produce with a shorter shelf life?

"If we get let's say a certain amount of produce that won't have good shelf life, that we can't give to a customer, we'll call "Second Servings" say 'Hey, look we got 10 pounds of oranges' and that's something that will go directly to their homeless, the people they are serving," said Neufeld.